Based on the Lonely Planet, internet, and stories from friends who have been to India, we expected a horde of money-hungry Indians waiting to bombard us at the airport gate to feed on our blood.  Instead, we actually managed to buy a sim card and get a taxi to our hotel without a single person talking to us or attempting to sell us something.  Surprised, we concluded that Delhi has either gotten used to foreigners, or that the thickness of the smog prevented the touters from seeing us ;)

For our first day in Delhi, we chanced upon a local tour operator and decided to hire a driver for a few hours.  This was great as it allowed us to visit Delhi without being overwhelmed by it.  We visited the newer parts of Delhi including the India Gate (where we watched locals play Cricket in the smog), Humayun's Tomb (Delhi's version of the Taj Mahal), and the Lotus Temple (a place that looks like a Sydney Opera House Spaceship, where people from every religion can come to pray). 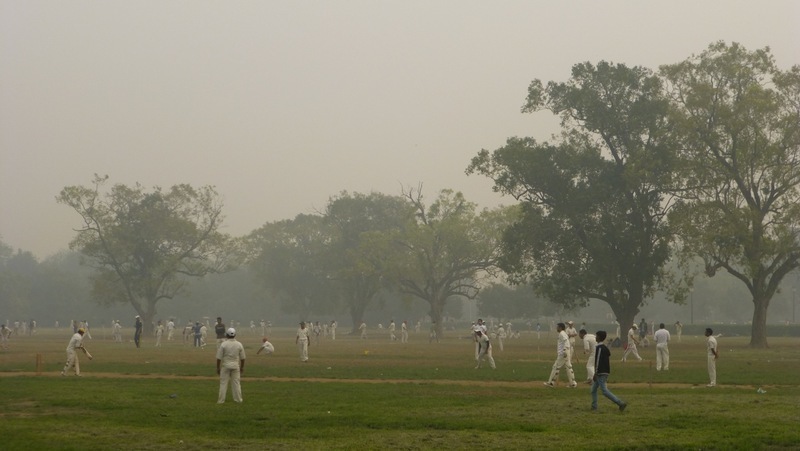 On our second day, we explored old Delhi on our own.  Since most monuments are closed on Monday, we mainly wandered the Streets of old Delhi and visited the Jama Masjid mosque (the largest mosque in India).  We climbed up the mosque tower to get a view of old Delhi and the swarms of hawks flying around…. not pigeons... hawks.  As you'll notice in one of the pictures, Jen was only allowed to go up the tower because Dom accompanied her ;). 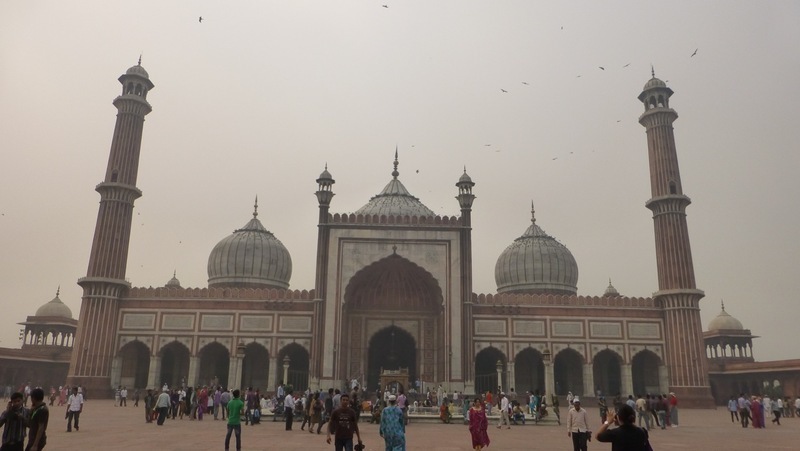 Wandering through old Delhi gave us a real feel for the people of Delhi, especially since the locals were out in full force - shopping for the upcoming festival, Diwali.  In the old city streets, all your senses are stimulated (maybe "attacked" is a better word).  A city of extremes - there's a constant bombardment of noise, signs, vehicles, and people, all intertwined amidst so many interesting shops and lovely monuments.  We passed through the spice market where we were engulfed in the aroma of exotic spices... then we'd turn a corner and nearly gag at the stench of rotting pee wafting through the alleys.  You can see incredible, beautifully maintained monuments… yet just outside of the grounds there'd be garbage (and burning garbage) everywhere in the streets.  We got pushed and pulled and squished a few times, but overall we really enjoyed our day.  The biggest highlight was the huge cow (seriously huge! - like a cross between a horse and a cow) that was pulling a cart through a main intersection (intermixed with the cars, motorbikes, and tuktuks). 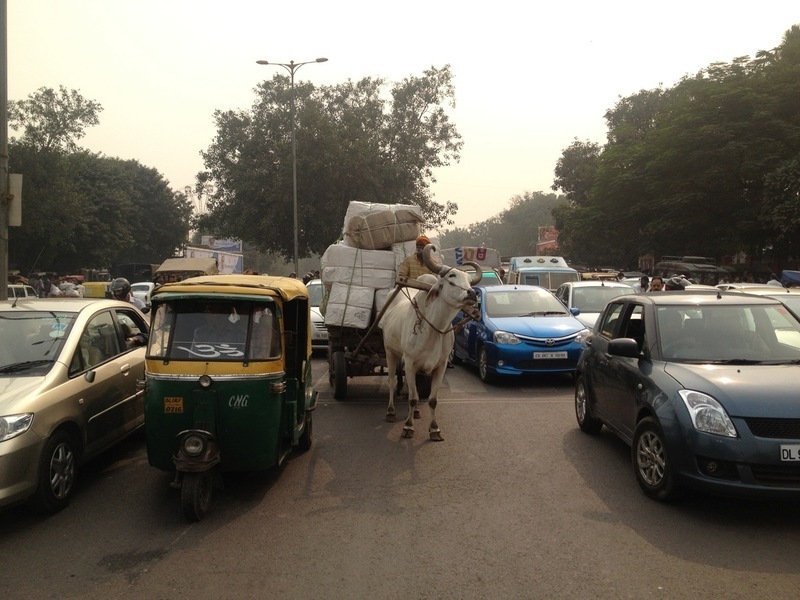