Our friends Guy and Cynthia had a week of vacation in March so we decided to travel with them and experience a Mexico all-inclusive resort.
It’s definitely not our typical style of travel, but we were looking for a hassle-free vacation and settled on Mexico because it was a short flight and was nearby the final "new 7 wonders of the world" on our checklist.  Note: We still haven't seen the Pyramids in Egypt, but those are now considered to be on the "old wonders of the world" list.
We stayed in Riviera Maya on a resort called "Catalonia Riviera Maya”.  It was a pretty nice resort with most of the amenities you would normally expect.  We had fun relaxing, eating, reading, snorkelling, kayaking, and participating in some of the hotel’s activities.   We also decided to book 2 hassle-free excursions with Sunwing: Coba Express, and Chichen Itza / Cenote Maya. 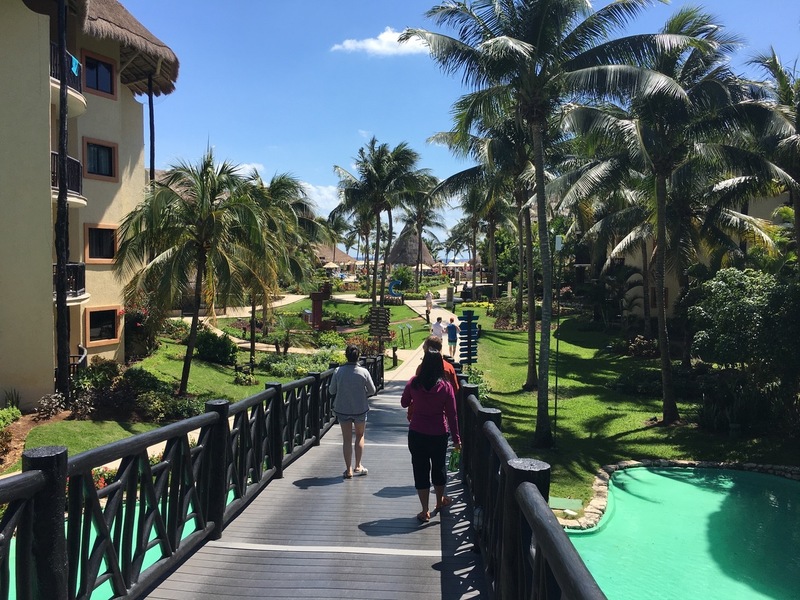 "Coba Express" was a quick half-day tour to a somewhat-less-touristy ruin called Coba, located 2.5 hours South of our resort.
Here are a few fun facts we learned about Coba: 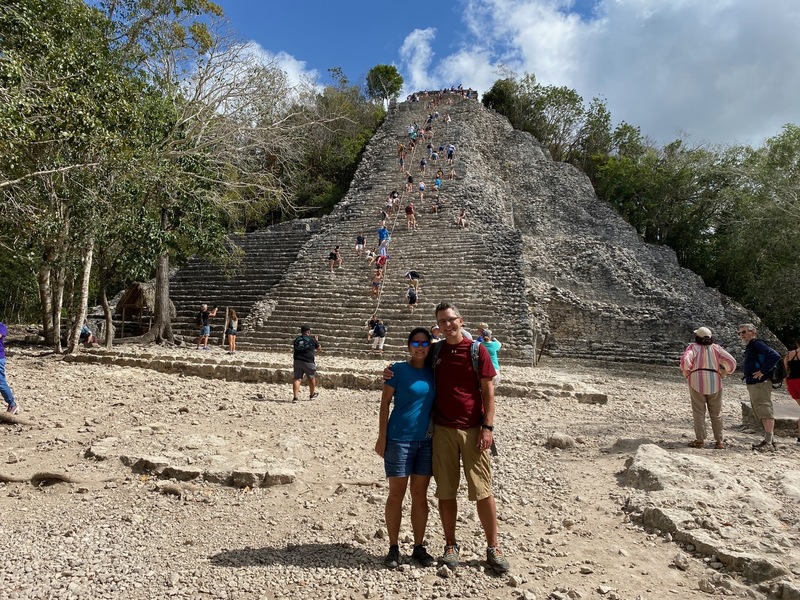 We drove Northwest for about 3 hours and visited the Chichen Itza site for ~2 hours.  We then visited a Cenote on the return back. We chose to take a smaller van tour and it was worth it as we arrived at the touristy site well before all of the giant buses, so we were able to see the site with fewer tourists.
Factoids (from our guide): 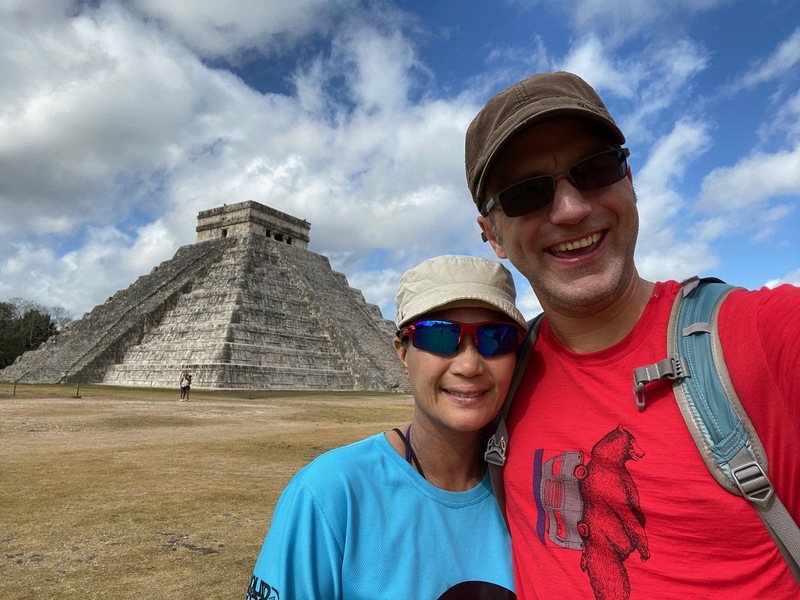 Lastly, and probably the highlight of our excursions, was the Cenote. Cenotes are underground caves and the one we visited was huge.  Here we rappelled 23m down into the water to swim and play for a while, then experienced a Mayan blessing ceremony, and had a traditional lunch before heading back to our resort. 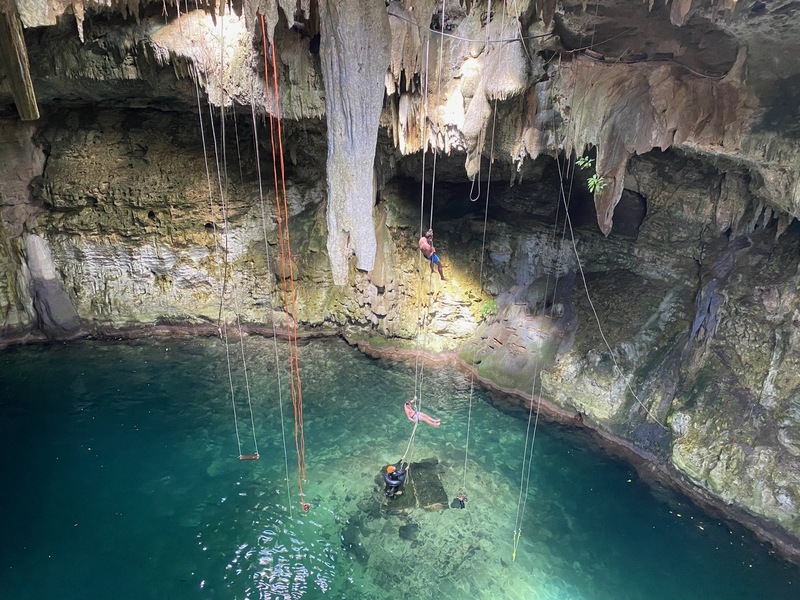 While we were in Mexico, reports of the first presumptive cases of Covid-19 in Calgary had begun.  We were fortunate and returned to Calgary on March 7th - just 1 week before Calgary declared a state of emergency.
Browse the Archive »