During our first trip to Switzerland, we learned about Via Ferratas from Jen's cousin, Shannon. Unfortunately, it was too cold and late in the season for us to go.
Since the weather was really nice this time, Shannon offered to take us and it was SO worth it!
A Via Ferrata is a route making method to make passage easier and more secure. It’s done by a installing steel steps, handles, ladder rungs, and a steel cable in places where the trail steepens. Now, they are used for adventure seeker trying to explore the mountains in a different way.
We woke up early morning to meet up with Shannon and her boyfriend, Oleg.  We drove for about 2 hours and took 2 cable cars up the mountain to Murren where we had lunch in a plaza overlooking the valley. 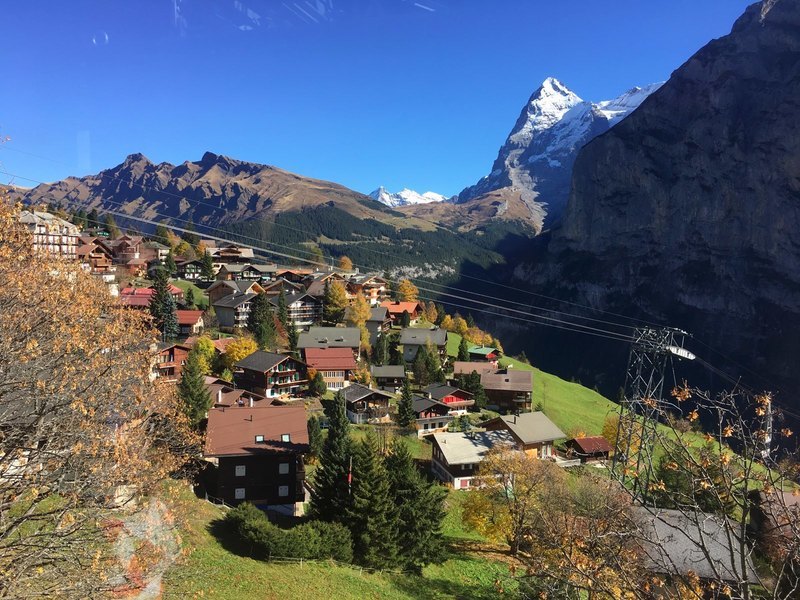 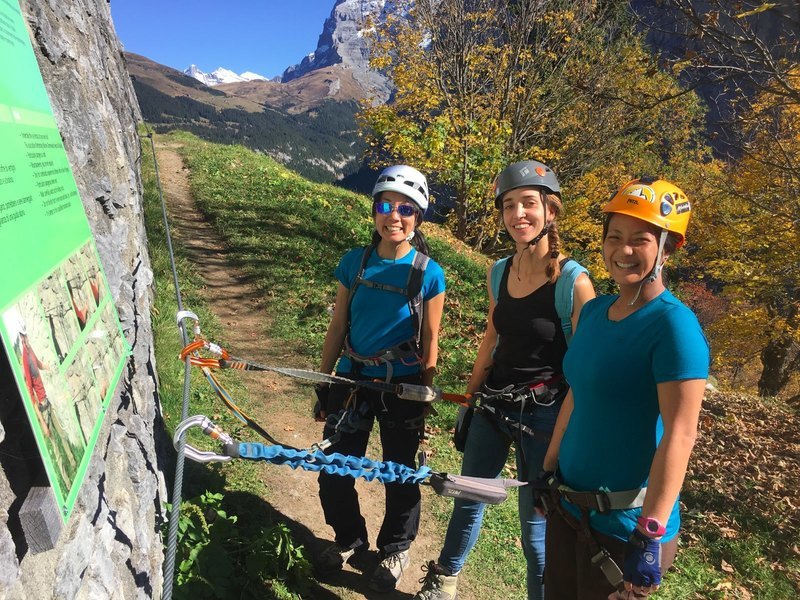 One unique thing about this particular Via Ferrata is that it actually descends about 300m to the end point, whereas via ferratas typically ascend to their end location. 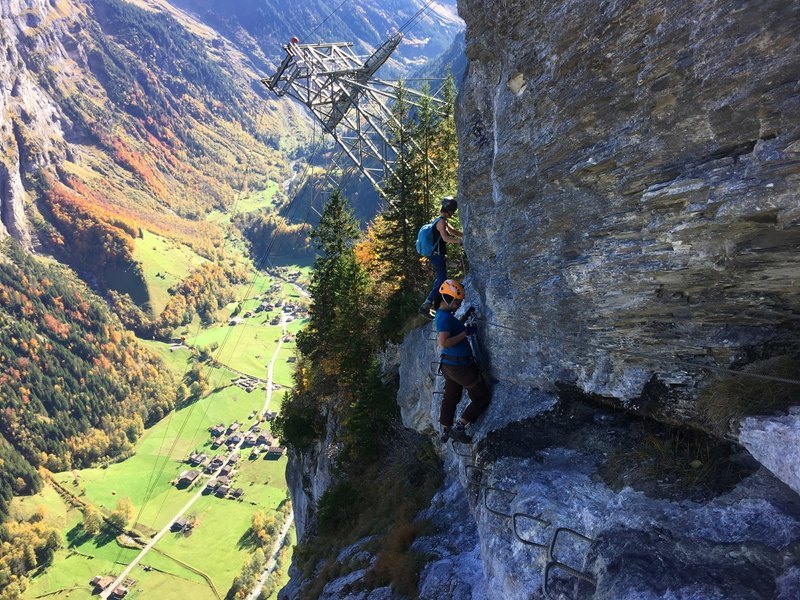 Here are some of the views along the way

Part way through, we encountered 3 base jumpers just as they were preparing to leap from a base jumping platform.
Our group was attached to the mountain with thick metal ropes and we felt super nervous just walking out to look over the platform!!  It was just incredibly crazy to actually see people leaping off the edge without any hesitation! 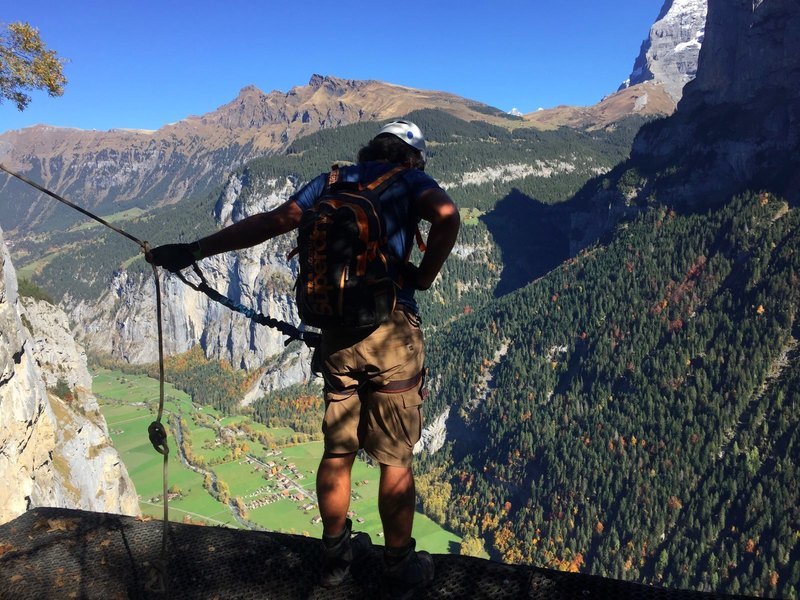 After a couple of hours we finished and met up with Oleg in Gimmewald. We then walked through the valley soaking in more amazing views before going for dinner at Shannon’s and Oleg’s favourite burger joint in Interlaken (Hüsi Bierhaus). 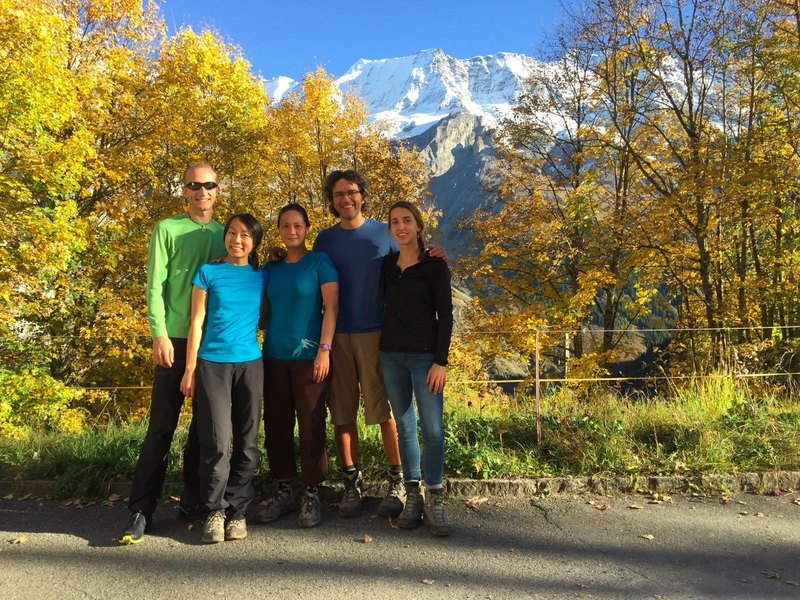 We spent the entire day amazed at the non-stop breathtaking views.  It's such a beautiful country and we had such a great time!
Many thanks to Shannon and Oleg for being our guides on such a fun and awesome adventure!!