While we were in the Uyuni Salt Flat, we encountered the God of the Salar... which was really nice. To thank us for visiting, he offered us giant Oreos… I can't even begin to tell you how happy Dominic was… they were so goooooooood!!! He also offered us some beer which Jen, so as not to offend him, took a sip of. She liked it so much that she crawled in the bottle and drank it all… the problem was, it also had the side effect of shrinking her to a tiny tiny person! In order to fix the problem, Dominic picked her up and blew her a kiss… so everything return to normal. 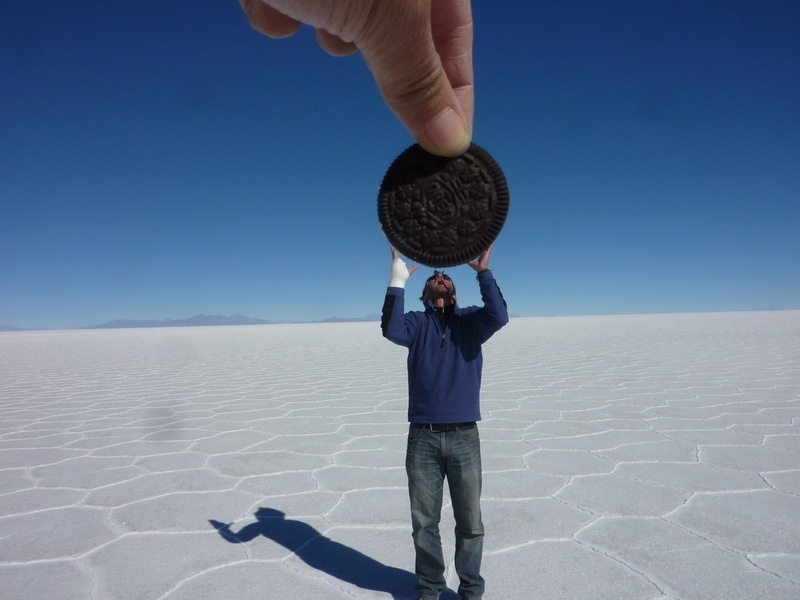 Hehe, no.. in reality, the salt flat is so huge and flat that for some reason we lose the sense of perspective so can do these crazy perspective photos. Here are a couple shots from the-making-of: 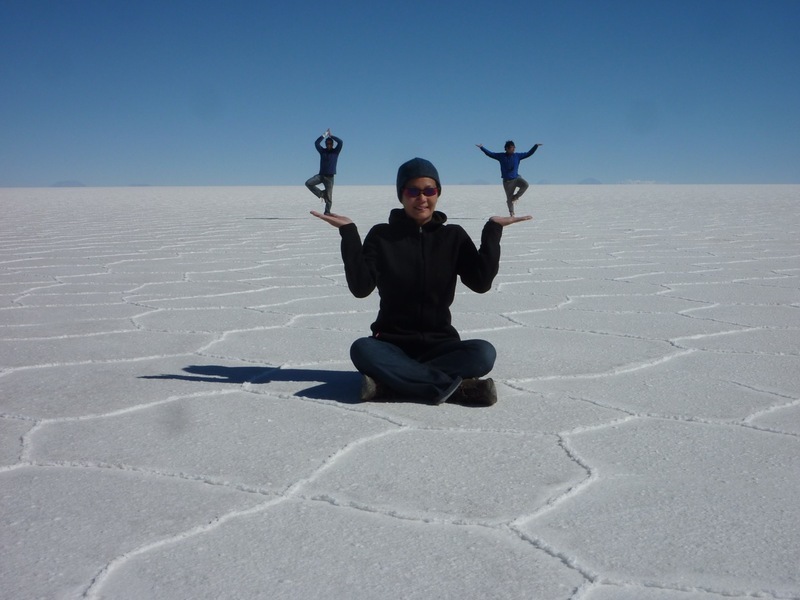