Ever since Jen's dad and his friend told us about the cycle tour that they did in Taiwan, we've wanted to go.  Since Taiwan only recently started re-opening post-covid, we were a bit unsure about how the self-testing and quarantine worked so we decided to arrive a week early before starting the bike tour.  It turned out that as long as you self-tested negative every other day (for 7 days), you could still go out to eat/travel/visit, so after staying a couple of days in Taipei, we decided to take a train to XinCheng to visit Taroko National Park.

On our first day in Taroko we checked out the major highlights.  We took a local bus over to the furthest attraction and then slowly made our way back.

Baiyang Trail
This trail was created early on and was used to build the infrastructure of the dam in the region. It’s about 2km long and passes through 9 tunnels along the way. Unfortunately for us, part of the trail was closed for restoration (due to a landslide), so we could only access the pathway up until the second tunnel. 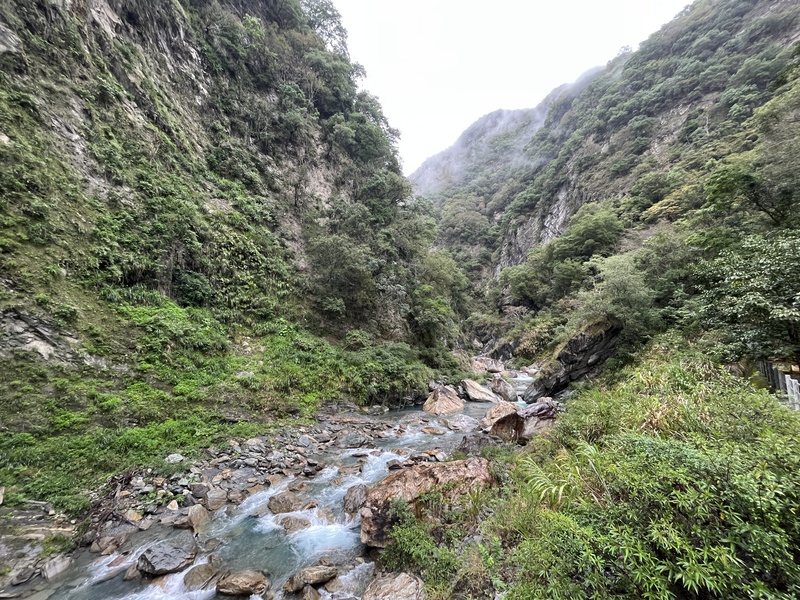 To access the trail, we had to walk on the main road with cars until we reached the tunnel entrance.  It was a bit weird, but we did have a really nice view along the way. 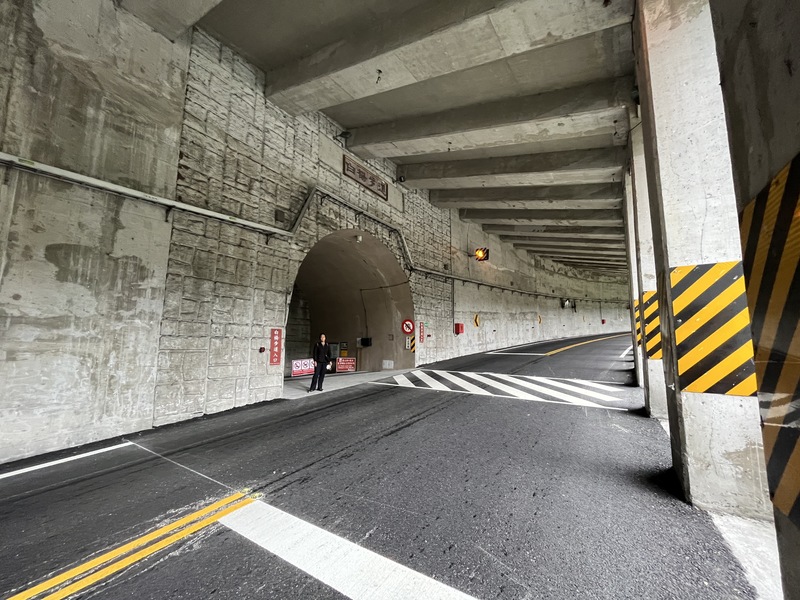 Tunnel of Nine Turns
We hopped on the next bus and made our way to the tunnel of nine turns.  Here you walk along an old section of the highway (700m x 2) where you can admire the proximity of the cliff-side and the man-made tunnels. 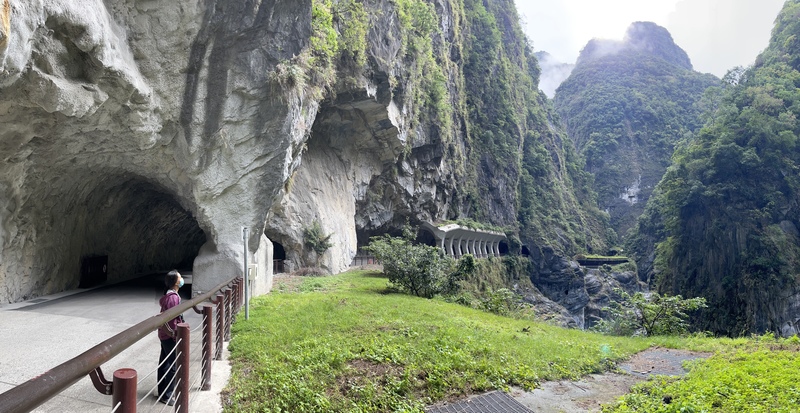 Swallow Grotto Yanzikou Trail
The "swallow grotto" name comes from the holes on the cliff side where swallows come to nest.  This trail used to be a part of the main road, but because the area was so popular for visitors to stop at, it was causing traffic issues.  They've since created an alternate route for vehicles so visitors can now explore the area without causing traffic issues, but you still have to be careful of the occasional tourist vans/buses passing along this road. 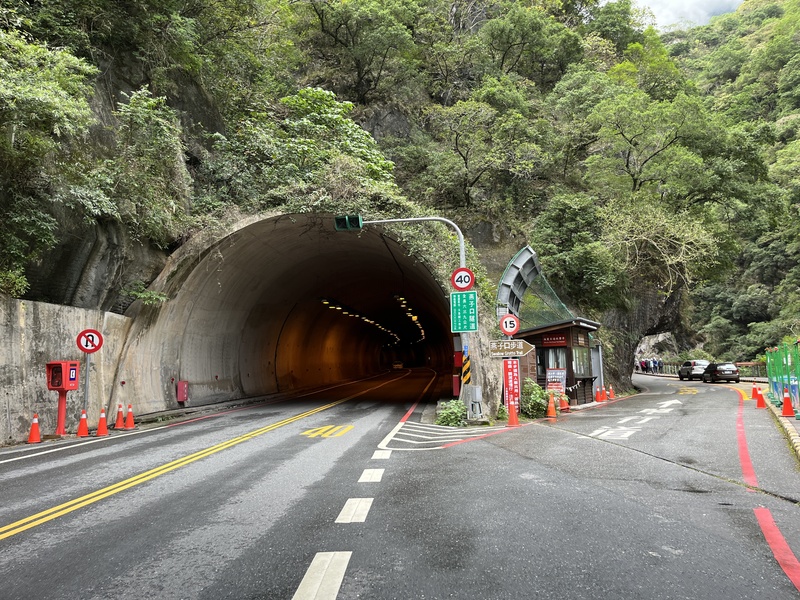 Changchun Shrine
This was our last stop for the day. We first stopped to eat a late instant-noodles lunch, walked along the trail to visit the shrine, then caught a bus back to our B&B in XinCheng. 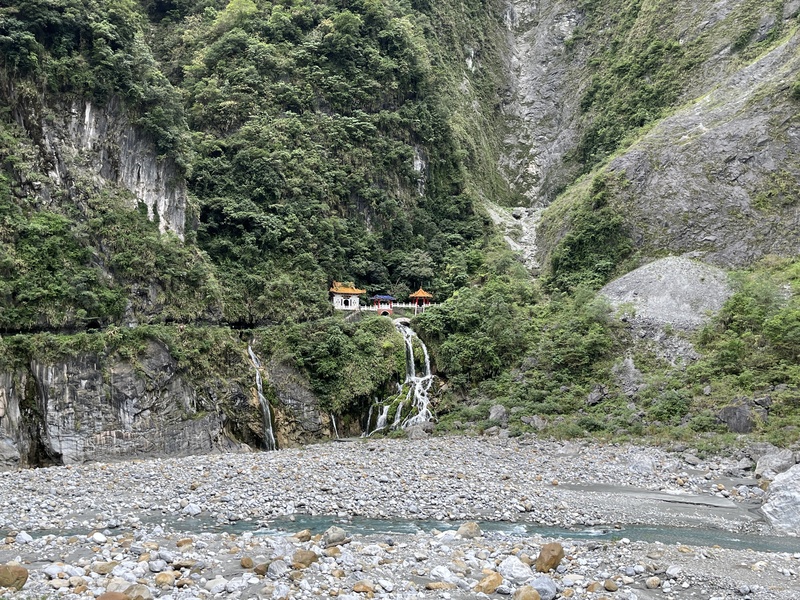 On the second day, we hiked 2 slightly longer trails, called the Xiaozhuilu and Shakadang, near the Taroko Visitors Center.
Xiaozhuilu is a short but fairly steep trail that links the visitors centre to the Shakadang trailhead.  There are a lot of pretty narrow, steep stairs.
Funny enough, this trail doesn't seem to be very popular, so you start out feeling like you're wandering completely alone along a cliff-side, surrounded by nature.. then about half way into the trail you suddenly encounter a dark empty emergency exit tunnel in the middle of nowhere.. it sorta felt like we were characters walking in a post apocalyptic movie. 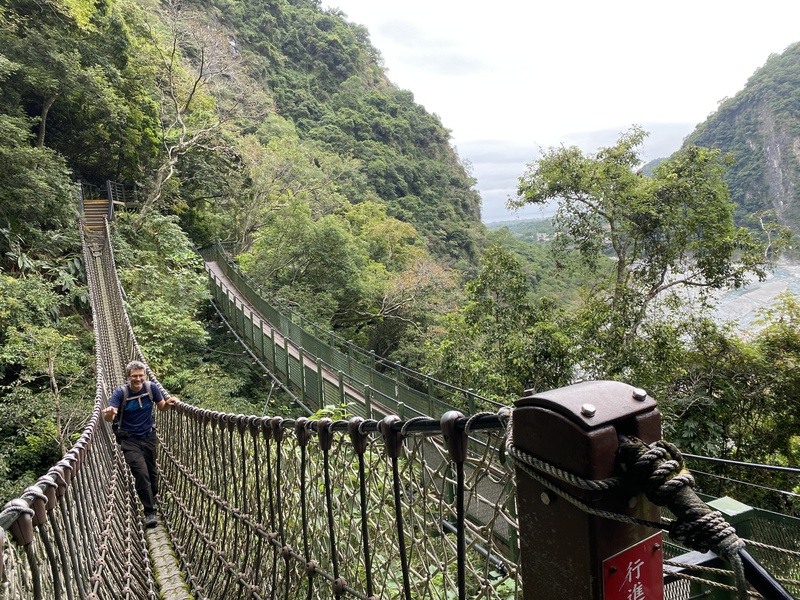 Shakadang was a lovely 3.1 km long trail (6.2km out-and-back), which is dug out along the side of a river cliff.  On this trail, you can really appreciate the beautiful blue water both from above and up close on the river, whereas on other trails you can only see the water from high above. 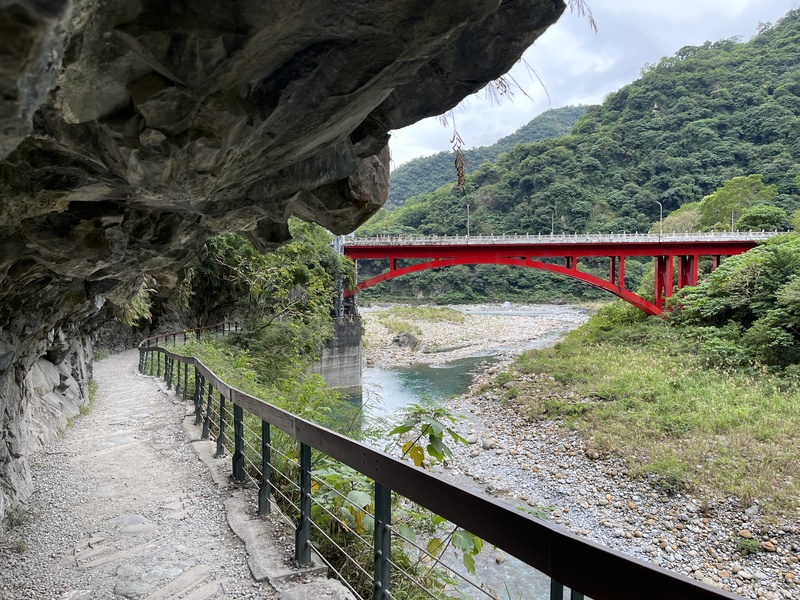 Staying in XinCheng instead of Hualien saved us a lot of travel time to Taroko (our B&B was only 6km from the visitors center), but there wasn't much to do in XinCheng.  We did, however, discover a nice place called Master Zeng, where they make fresh hand-made mochi! 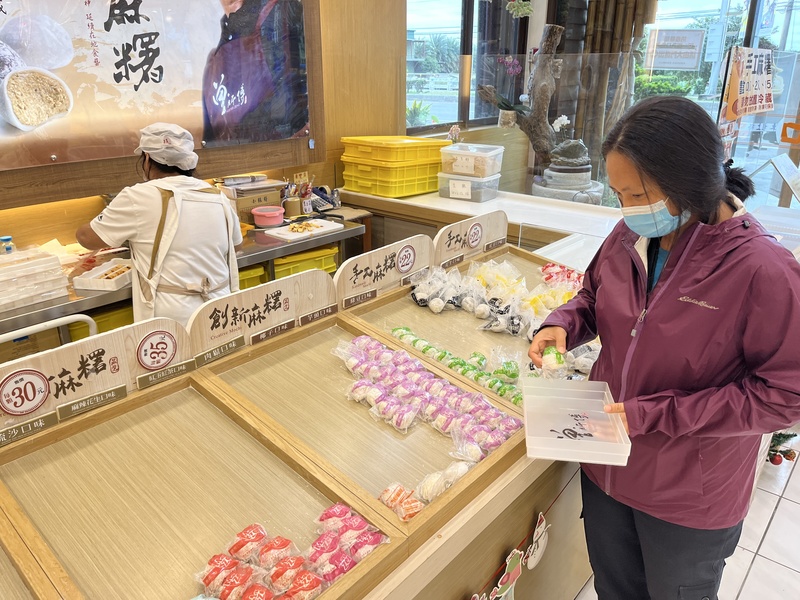