The Taj Mahal is one of the New Wonders of the World and this time we can say: "definitely"...  It is definitely worth seeing, it is definitely worthy of being called a wonder of the world, and we definitely recommend it.  One of the things that makes it unforgettable is the way it presents itself: It's not possible to see the Taj Mahal from outside the grounds, so you have to first enter the outer courtyard and walk along the wall in anticipation, until you reach a gate where the perfect symmetry of the Taj Mahal slowly reveals its splendour through the symmetrical arched gate.  We can still remember holding our breaths in anticipation, as we began to catch our first glimpses.
Here are some quick facts: 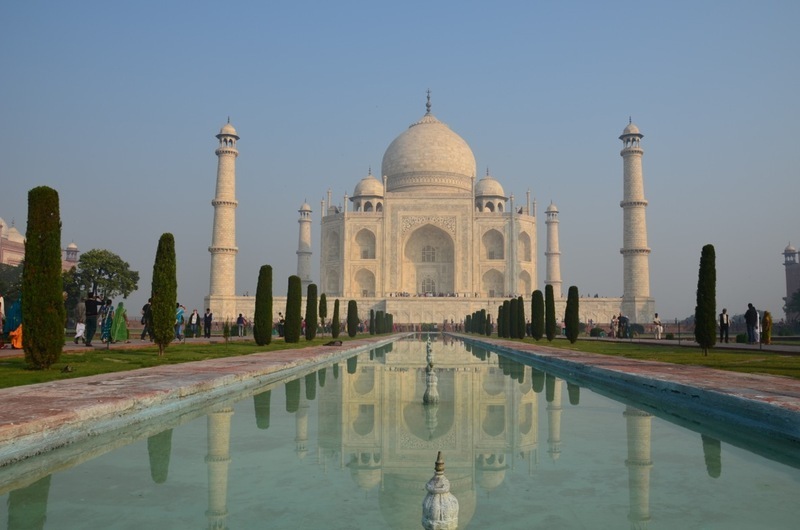 Since we wanted to spend Diwali (India's biggest holiday, the "festival of lights") in a city called Jaipur, we had very limited time in Agra.  We only visited the Taj Mahal during sunrise (for about 3 hours), and although we did have enough time to explore it all, it definitely left us we wishing we had even more time to take it in.

Back when we were in Delhi, we had pre-arranged for a driver (Rana) to pickup Guy (in Delhi), meet up with us in Agra, and now he'll be driving us around Rajasthan (the province Northwest of Delhi) for the next 2 weeks.