Merry Christmas!
On Christmas day, we took a 2-hour train to Taipei where we planned to spend a few days finishing our visit to Taiwan.  The train was SO busy that we weren't able to book seats for the trip, so, we ended up standing in the train's door-area for most of the trip.

We originally had plans to do a bunch of day trips outside of the city, but the surrounding weather wasn't exactly cooperating.  So far, we'd had a really good visit of several Taiwan sites and we could see that the trains and attractions were getting busy for the holidays, so instead of fighting the conditions, we decided to just stay in the city to visit closer sites.

Elephant Mountain Trail (and friends)
We went to a popular nearby mountain called Xiangshan (means "Elephant Mountain" in Chinese), to hike the Elephant, Tiger, Lion and Leopard peaks.  The ~1.5km hike to Elephant peak is only about 183m high, but you can see the nice view points of Taipei 101 and the surrounding area.  To make the hike longer, we continued along the trails to visit all of the other animal peaks, but the best view was from the Elephant peak. 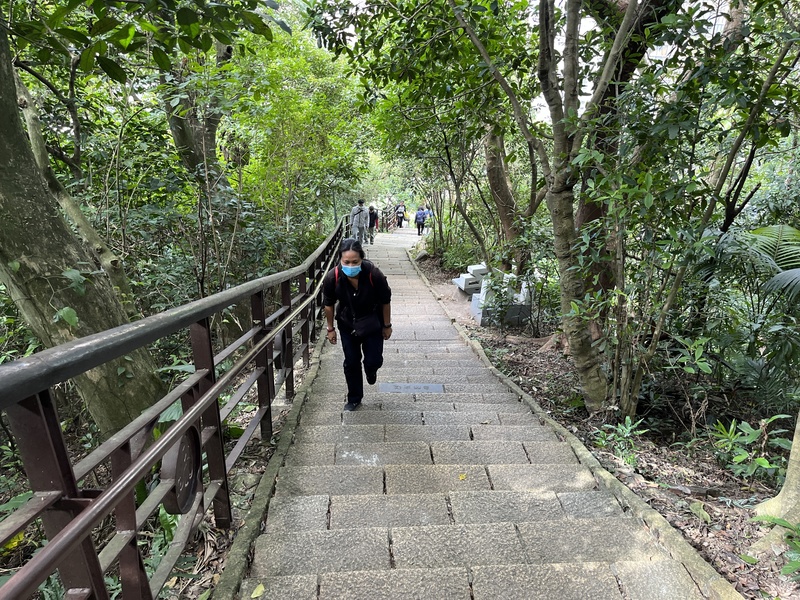 You can't visit Taiwan without a stop at Taipei 101 - Taipei’s iconic skyscraper with a big shopping area around.  We had hoped to visit the Starbucks at the top of Taipei 101, but sadly discovered that it is currently closed.  Instead, we checked out the mall area and had dinner at the popular restaurant called Din Tai Fung, known for their XiaoLongBao (Soup Dumplings). 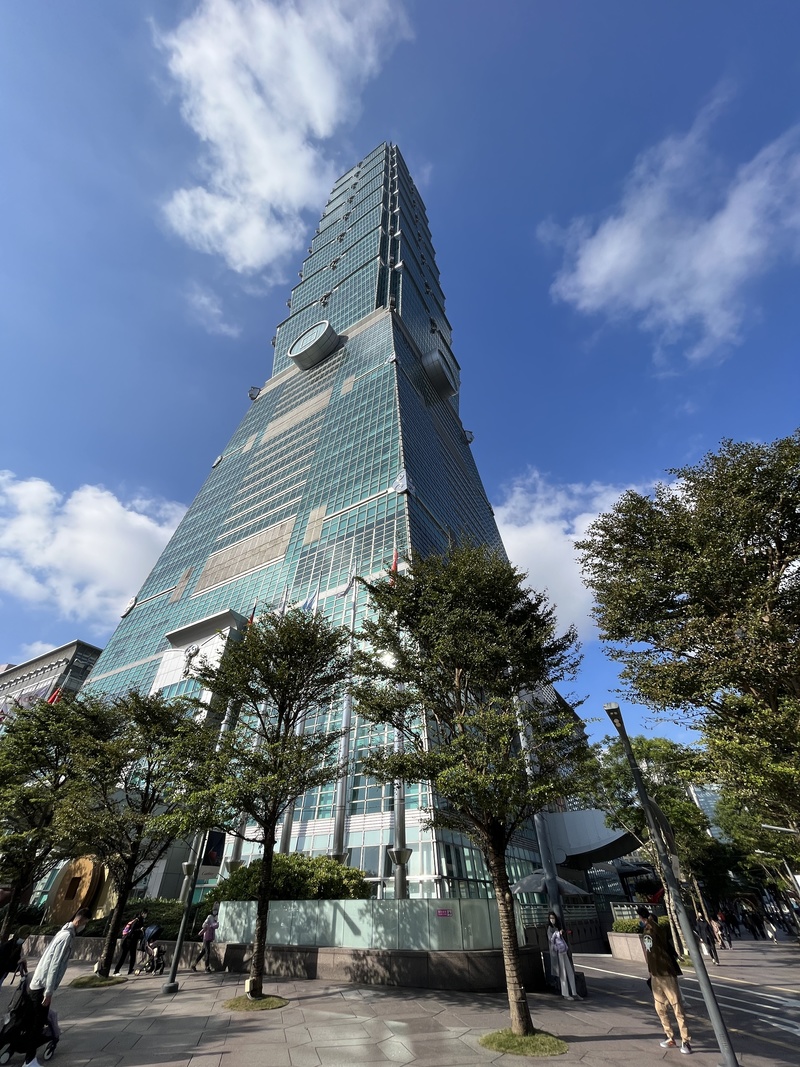 Chiang Kai Shek Memorial Hall - we lucked out and got there just as the changing of the guard was happening. 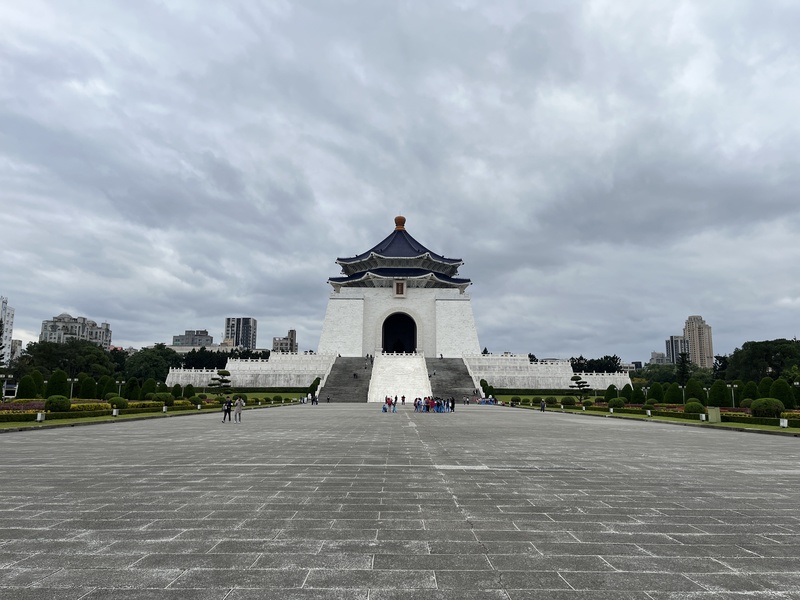 National Palace Museum: We came here to escape the rain and saw some of the famous Taiwanese/Chinese artifacts, like the Ivory balls and the meat rock (yep, that is a thing). Unfortunately, the famous Jade cabbage was not there. 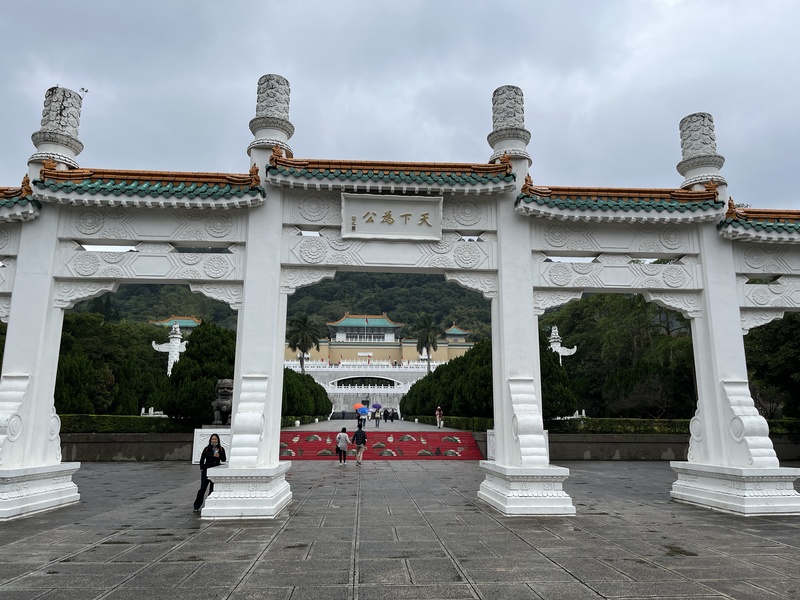 The Ivory balls were particularly interesting, consisting of 18 to 24 free-moving spherical layers, intricately hand-carved from a single piece of ivory!  Wow!  Here's a video to learn more about it:  Ivory Balls 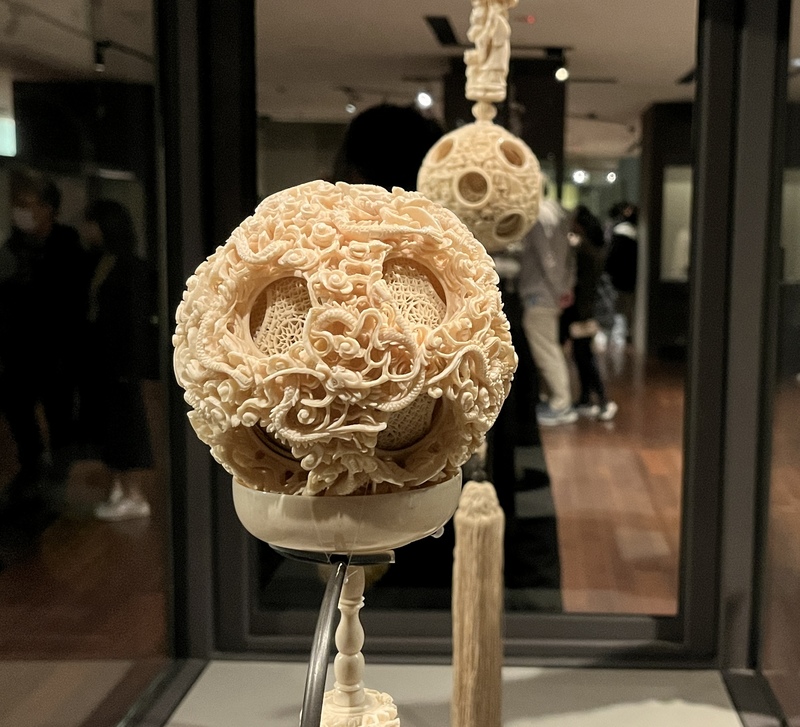 While wandering the city, we saw random sites and stopped at 2 of the bigger temples, Lungshan Temple and Songshan Temple. 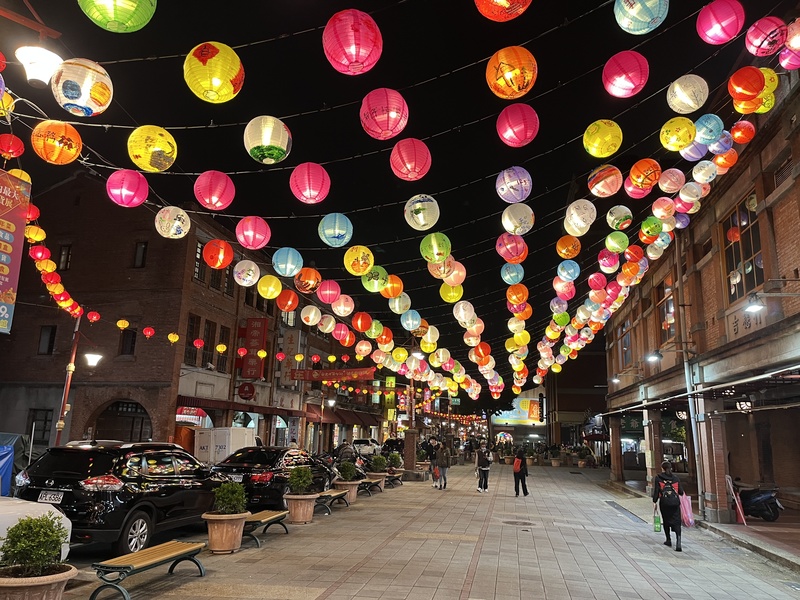 On the food side, Taipei was as delicious as the rest of our food experiences in Taiwan.  Some of our favourites: 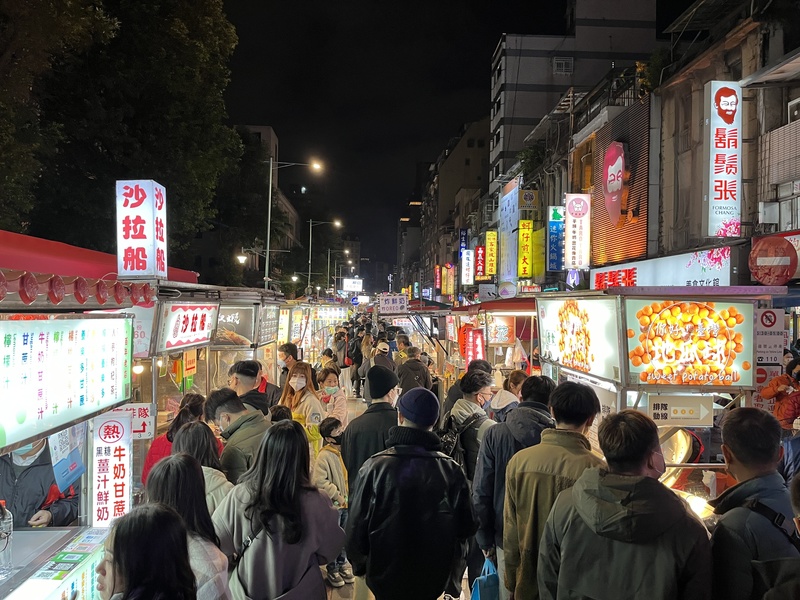 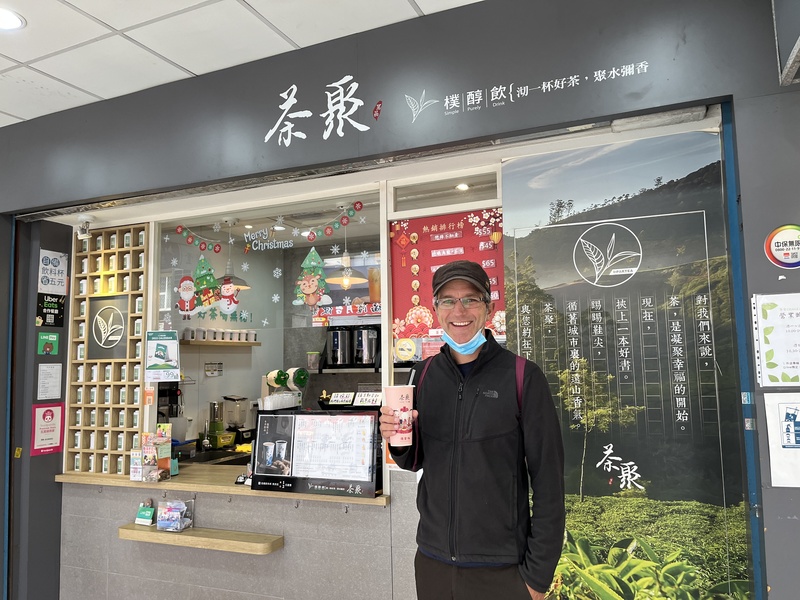 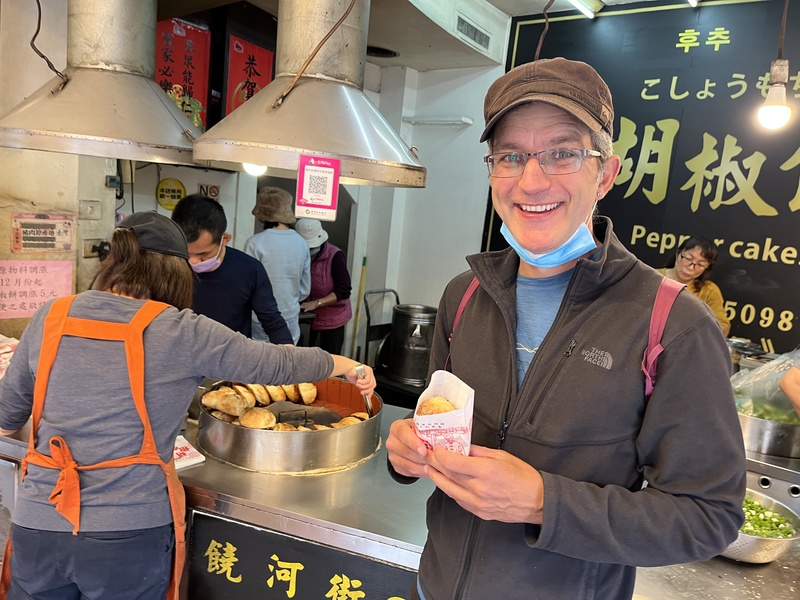 Taiwanese Spring rolls with a delicious soy milk tea (93 TWD - ~$4cad, for the combo) at He Yicheng Delicate Cake 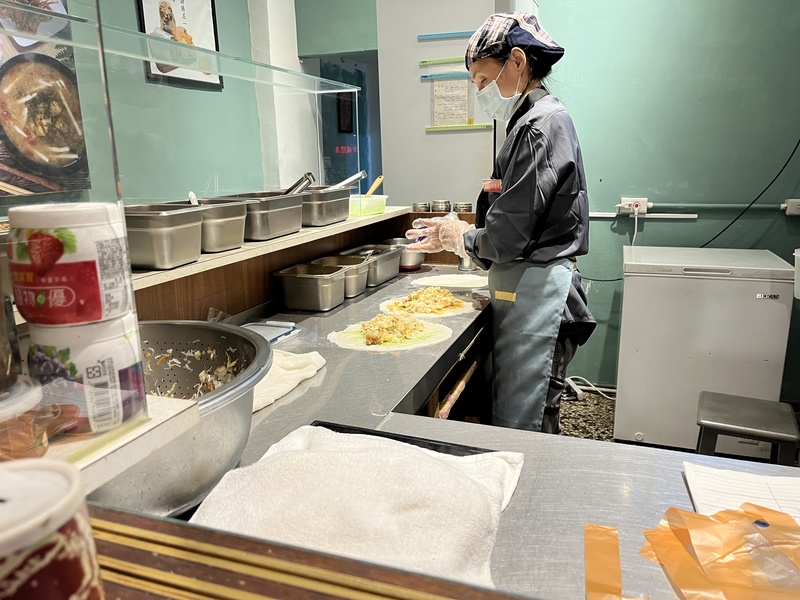 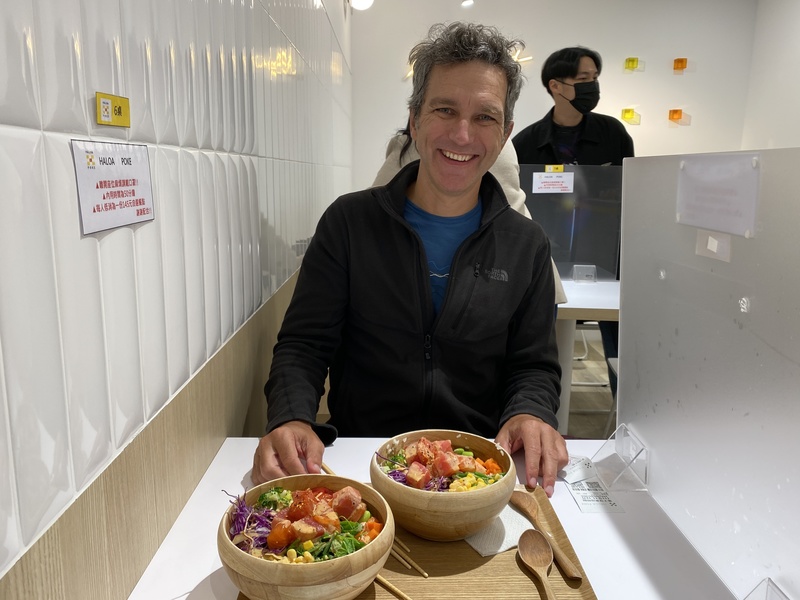 Happy New Year!
For some reason, a lot of flights out of Taiwan are scheduled as red-eye flights.  We discovered that all of the hotels triple their prices on New Year's Eve, so, on Dec 31st we checked out of our hotel, went to an afternoon movie (Wakanda Forever), had dinner, and hopped on the airport MRT to arrive 5 hours early for our 1:30AM flight.
On New Years Day, we arrived at our next destination at 8am and sleepily tried to wander around to kill time.  Luckily our hostel allowed us to check in early at 12:30pm, so, exhausted, we both crashed for the rest of the afternoon and evening.

Ah the fun of travelling 😂.