We happened to be in Zurich during Iris's birthday.  Lucky for Dom, she wanted to have a "steampunk" themed party.  Steampunk is a genre of science fiction inspired by 19th-century steam-powered machinery and fashion.
We didn't bring any costumes to Zurich, so with the help of Yannis, Iris, and Fabian, we all started designing/making our costumes and decorations for the party.  We all focussed our attention on weapons first and spent an entire day creating them out of random things including cardboard, old plastic containers, spray cans, nerf guns, and.. a saw! 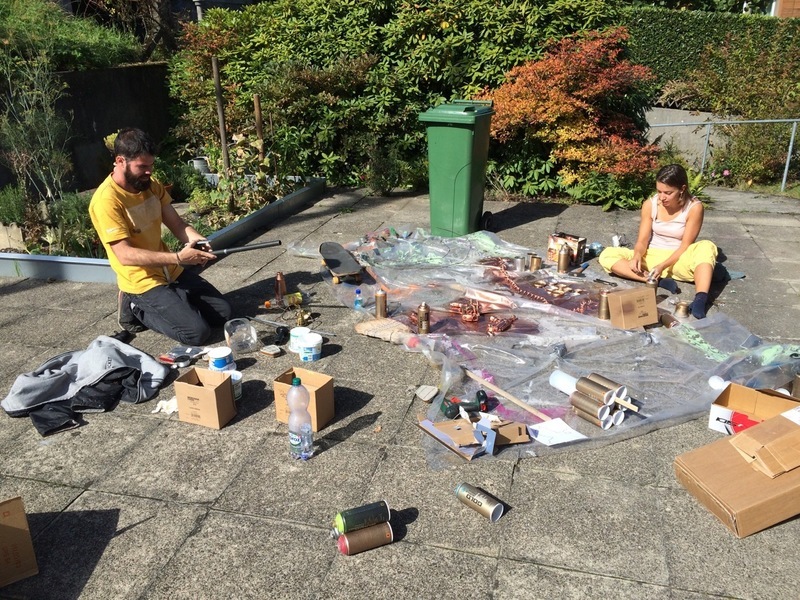 Jen also wrote an app for Yannis so he could put an iPad inside of his costume.  The app had a metal door that he could slide open to reveal his beating heart. 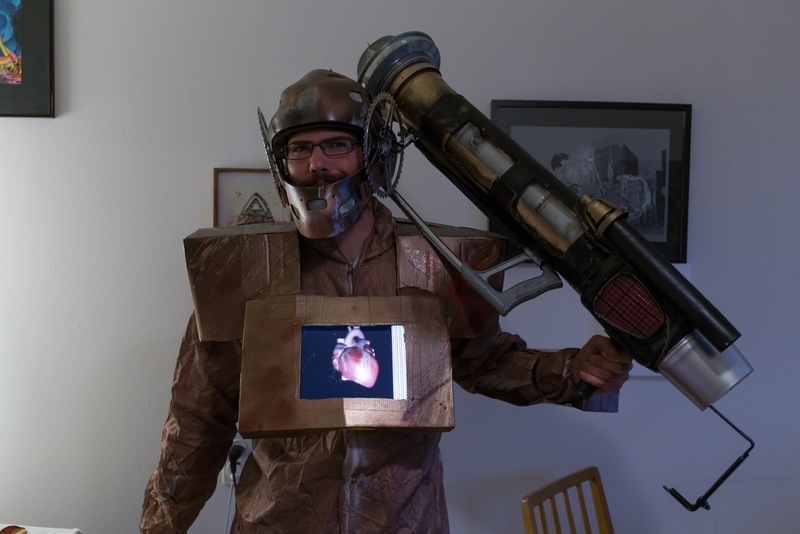 On the day of the party, Fabian airbrushed some body-art on for us and it was time to put everything together.. Et voilà... 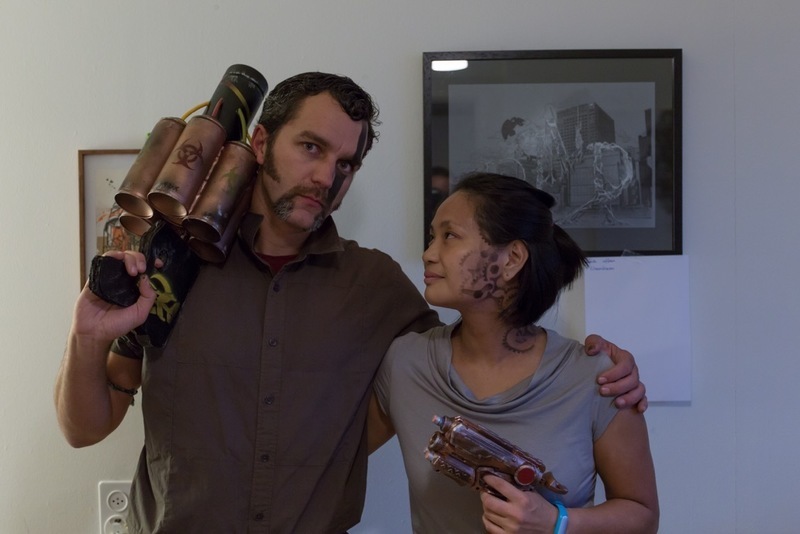 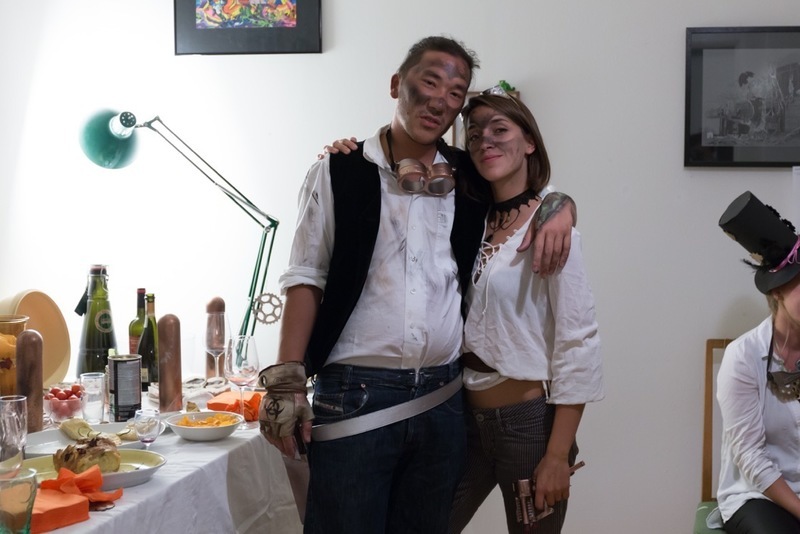 The rest of Iris and Fabian's friends arrived a short time later.  We all had a really great night! 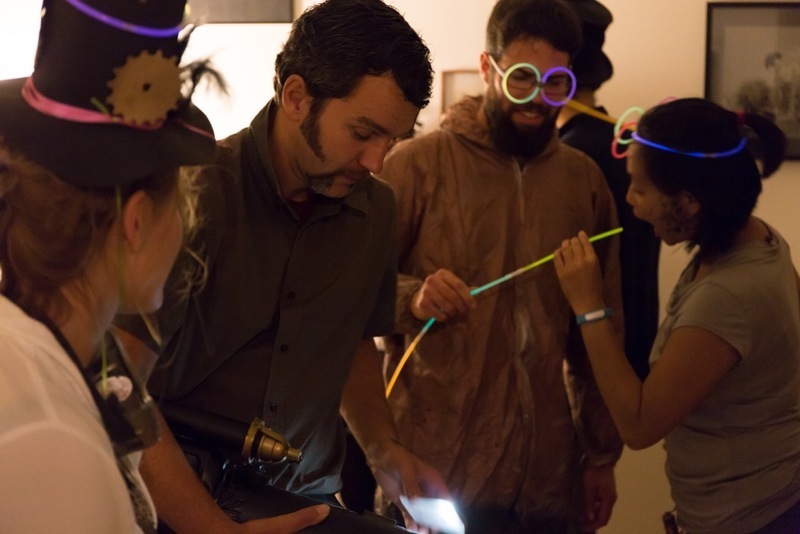 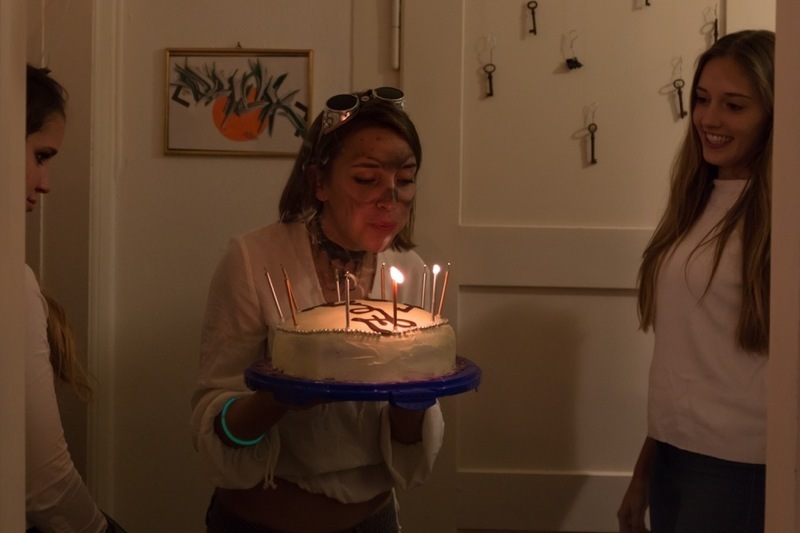