For our farewell BBQ, Dom went with Giannis to fish a few sea monsters to enjoy at the BBQ.  Armed with a harpoon, mask, and a pair of fins, he followed Giannis into the deep sea.  With an ocean as clear and beautiful as it is here, you imagine that as soon as you go into the water you'd see millions of fish all lined up before you, that you can just start shooting at... not exactly so... turns out that spear fishing involves a lot of swimming, diving, and searching under rocks. 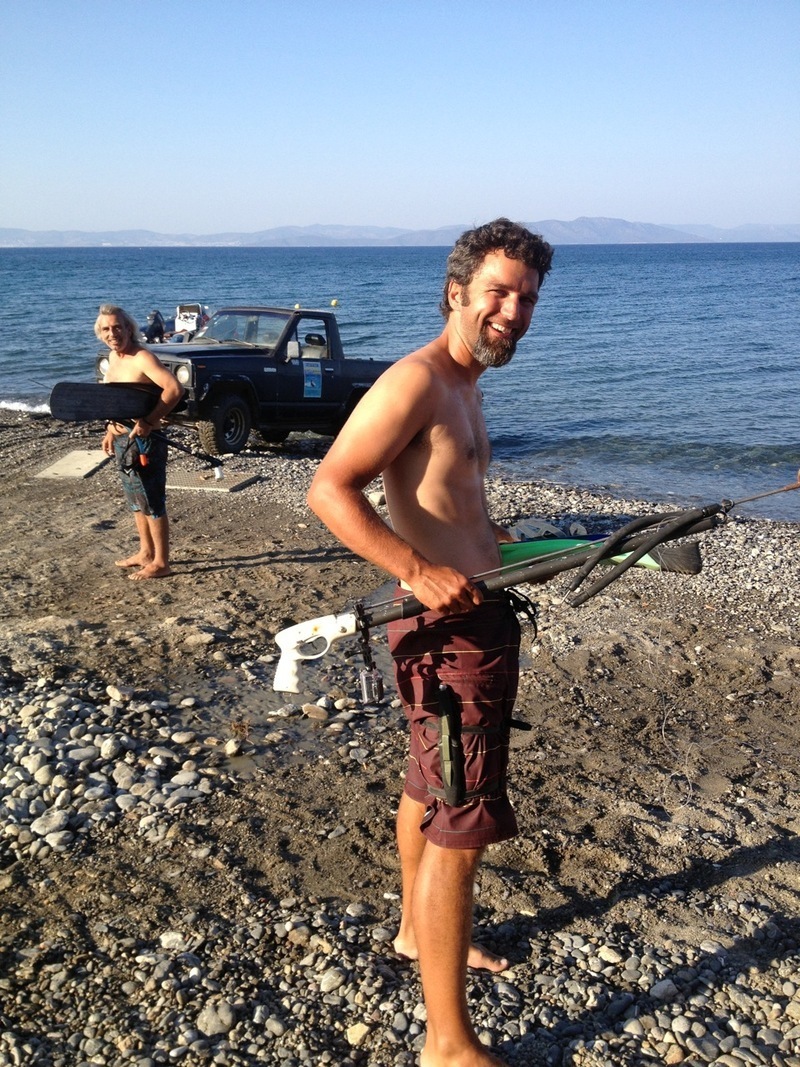 After a couple hours, they finally returned with 3 fish tied to Dom's shorts and 3 octopuses.  Dom caught the smallest Octopus... with his hands! ...and we later released it since it was still a baby.  Luckily, Giannis was there to catch the rest of the fish and octopuses for us to try out on the BBQ! 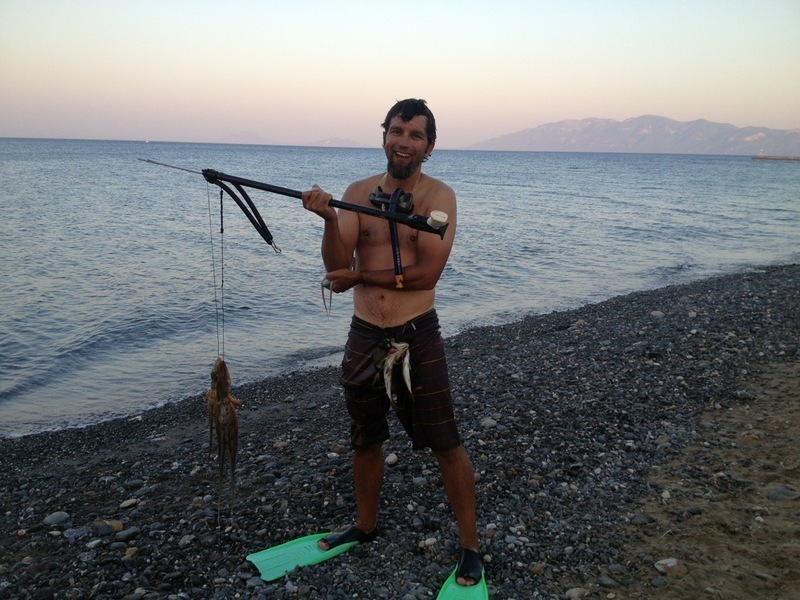 The next part, was the actual hard part.  Giannis showed Dom how to prepare the octopus...
Here's a summary: 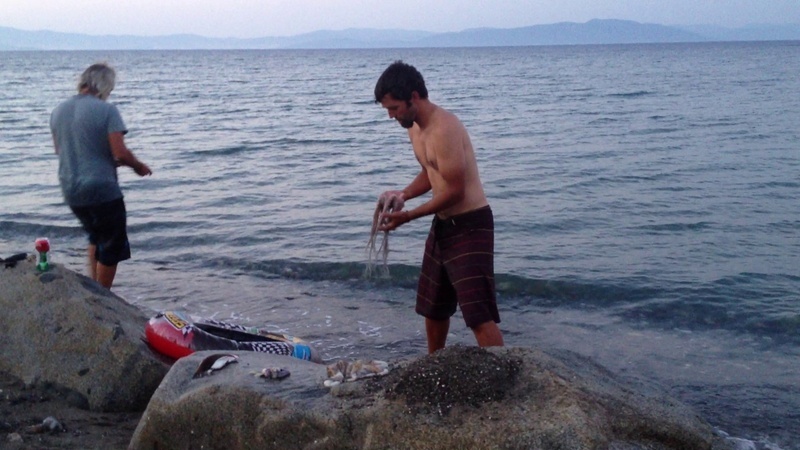 By the end, you pretty much smell like fish... but once cooked, it was worth it.. so tasty! :) 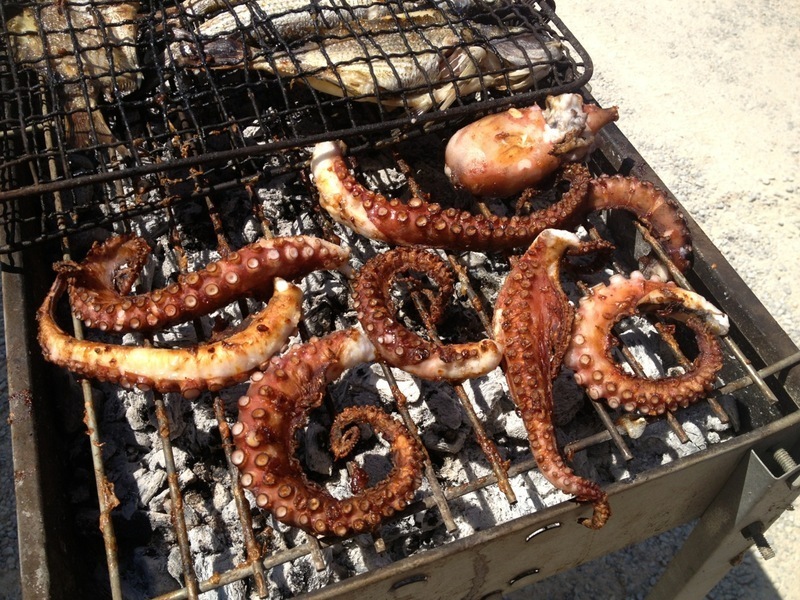