Before splitting off with Jess so that she could go hang out with her dad, we decided to all meet up with him and his girlfriend Lena to do a "small" (so they said) hike through the Pyrenees Mountains.  On paper, the hike didn't sound too bad... a 15 km ridge walk between the small town of Bidarray and Saint-Étienne-Baigorry.  Dom’s hip had been acting up since Berlin, so we just planned to do what we could and double back before it hurt too much. 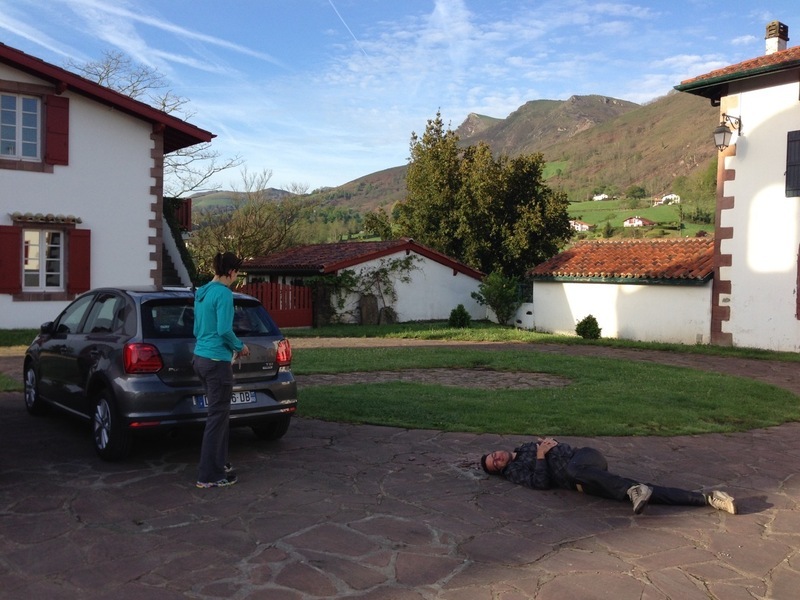 Turns out we missed the memo about the hike being more like 15km "as a bird flies, and very hilly", so we were a little ill-prepared water-wise.. oops!  What we thought would be a 3-4 hour hike actually ended up being 8 hours.  We realized it was too late to turn back when we arrived at the sign we thought was indicating the end of the ridge, and it turned out to be the half way point sign... might as well continue then! :) 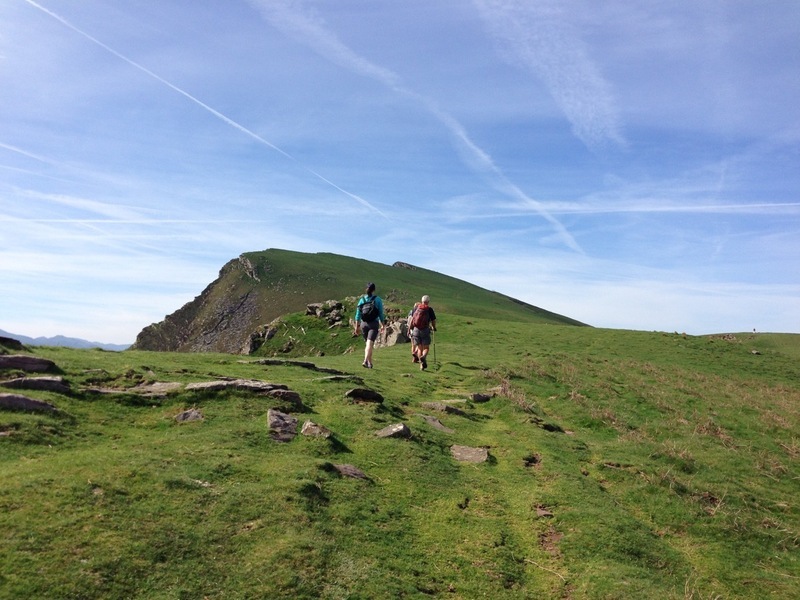 In the end it was a really great outing.  The scenery was amazing, Jen and Jess had a great time stalking the miniature horses, and it was time well spent in excellent company.  We were all feeling pretty happy when we arrived home :) 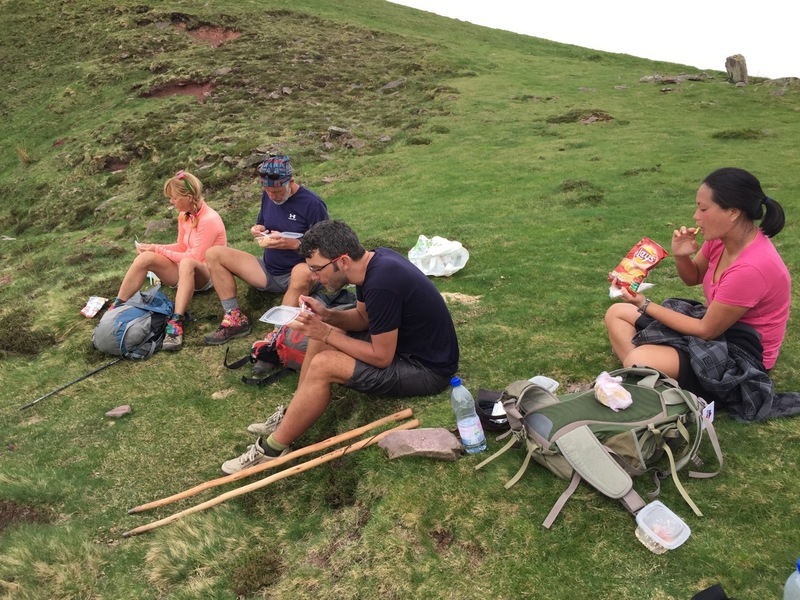 Here is where we were :) 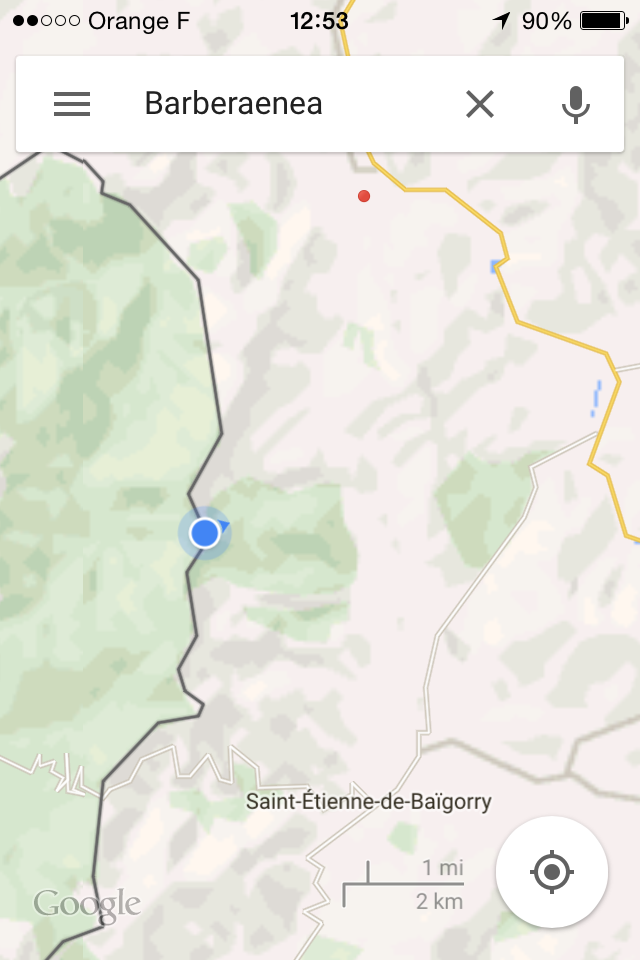 The red dot is Bidarray, and we went all the way along the border to Saint-Étienne-de-Baigorry.