This year, Jen decide to join the group on her first 14km downwinder from Mui Ne to Phan Thiet. 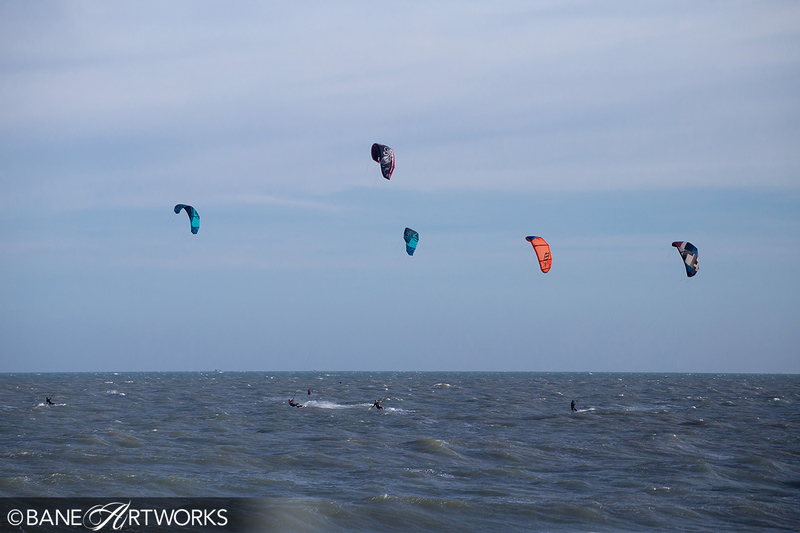 She was a bit nervous at the start and it took some time to get used to the smaller kite and board again!  But in the end, everyone made it in good time and everything went well.... except for one small incident at the end. 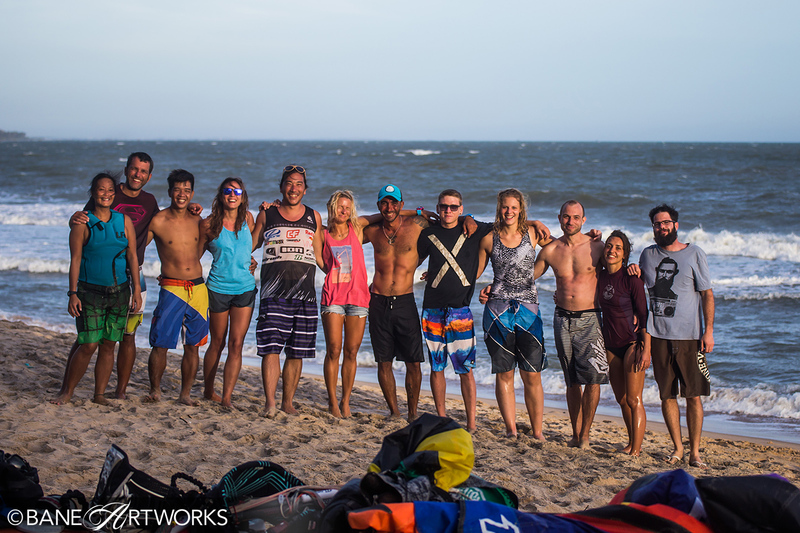 As Jen headed in toward the beach, a local saw her and thought she needed help so he walked toward her in the water, yelling something in Vietnamese.  She tried to tell him she was fine, but since they couldn't understand each other, he continued walking toward her and then suddenly jumped up, grabbed one side of the kite bar and yanked it down.  The kite took a sharp turn and dove straight into the pavement of the nearby park, dragging Jen up onto the beach with it.  Luckily no one was hurt and our Swiss friends Yannis, Gabriel, and Jenny happened to be on the beach taking photos, so they were right there to help out and make sure everything was ok!
Yannis took a nice photo of Jen after everything was ok and the shock of the incident started to wear off :) 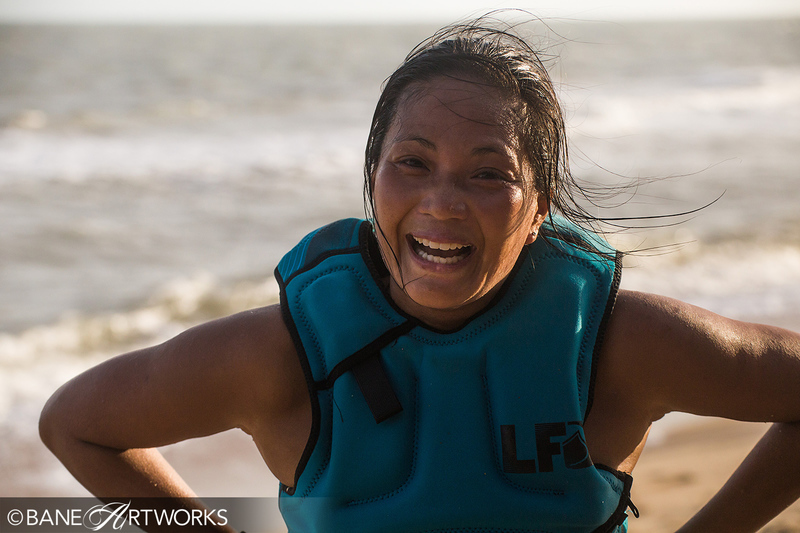