We returned once again to Mui Ne, to kitesurf the cold winter away.  It was great to reunite with all of our Mui Ne family and kiter friends, including our graffiti friends from Switzerland who had just recently hosted us a couple of months earlier.  As part of their Vietnam trip, they wanted to beatify Mui Ne with another graffiti, so they found wall along the main road and called the owner to get permission to paint it.
The wall is separated in 2 sections. Dom did a jellyfish and Gabriel did some lettering on the left section, while Fabian did a crab and Yannis did an octopus on the right section.  The graffiti on the main road was such a big success that several people approached them to do other jobs in the area, unfortunately they didn't have time since they were scheduled to return home to Switzerland by the end of the year. 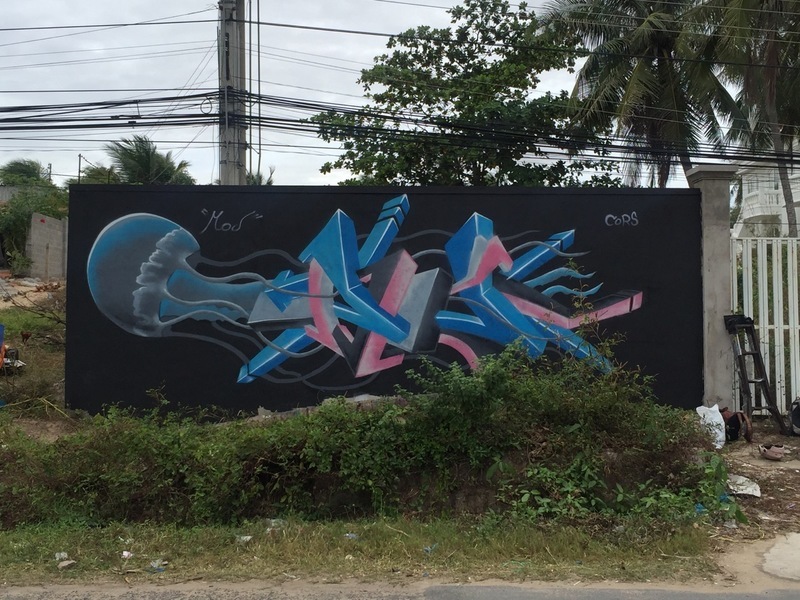 Dom felt really privileged at the chance to do another graffiti with the Color Nomads.  Since they had decided on a "sea animals" theme, Dom chose to do a jellyfish.  He wanted to stick with something not-too-complicated since it was only his 2nd time doing a graffiti piece on his own, on a public wall! (in other words, he wanted to keep it simple so he wouldn't ruin the wall :)). 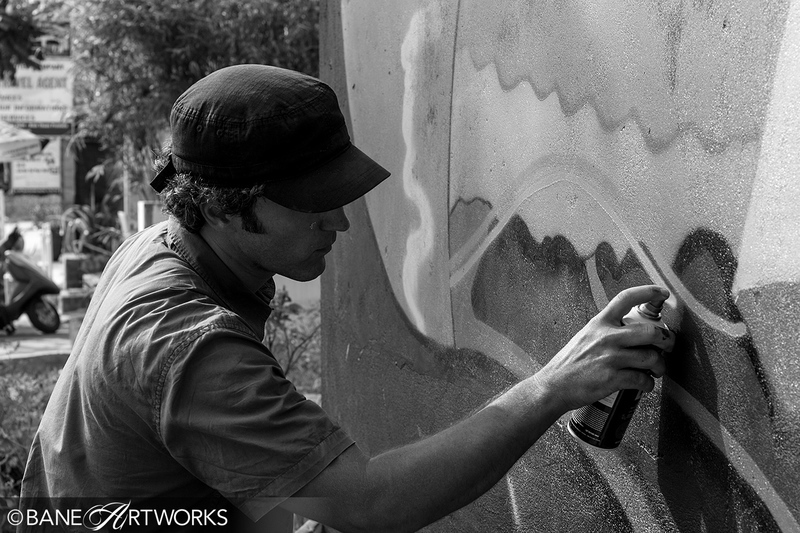 Here are more photos of the works in progress 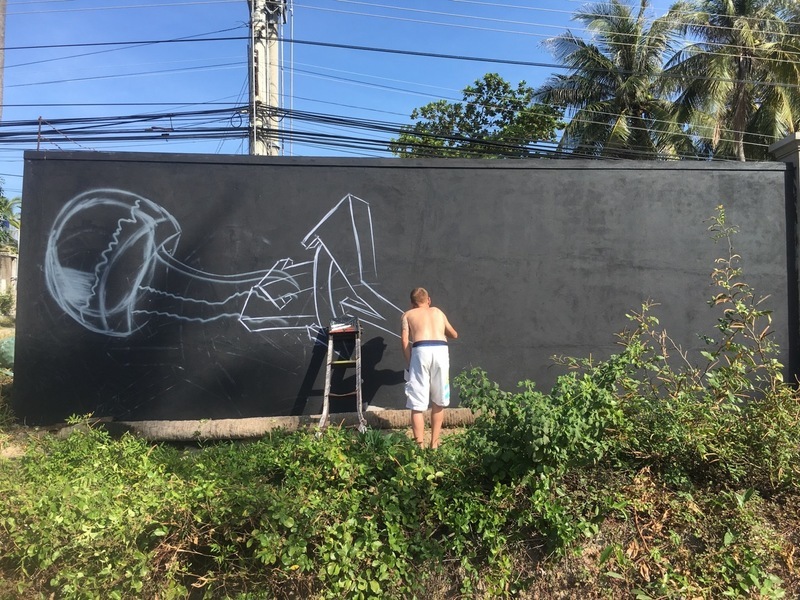 One afternoon, Fabian also did a quick grafitti session with Bogi and her friend Wanda, 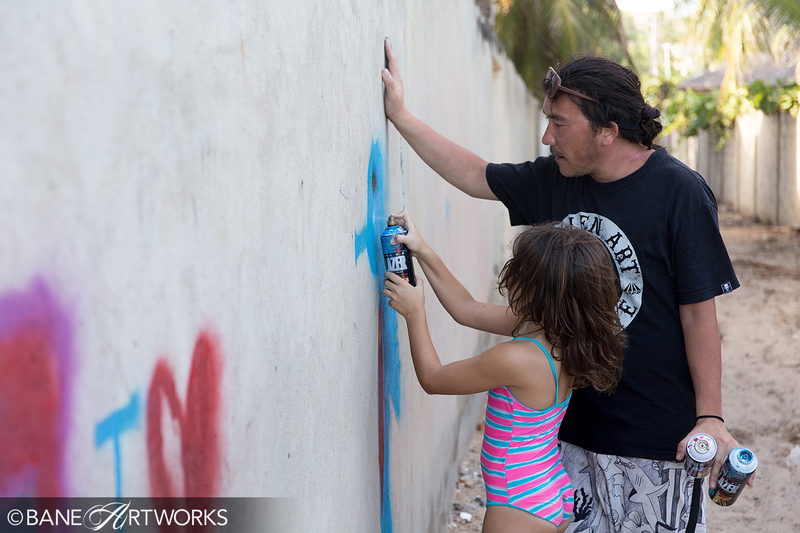 and also filmed a short movie: "Super Bogi vs Dominator"

Fabian ended up having enough job requests to make it worth returning to Mui Ne.  He arrived in February, but got bit by an evil mosquito and came down with Dengue fever.. :(  It put a bit of a dent in his schedule, but he did eventually recover and go on to do a live graffiti demo at Line Up bar with his friend Baldi.  He also did a graffiti at Phat Burger and one in Phan Rang for the KTA competition. 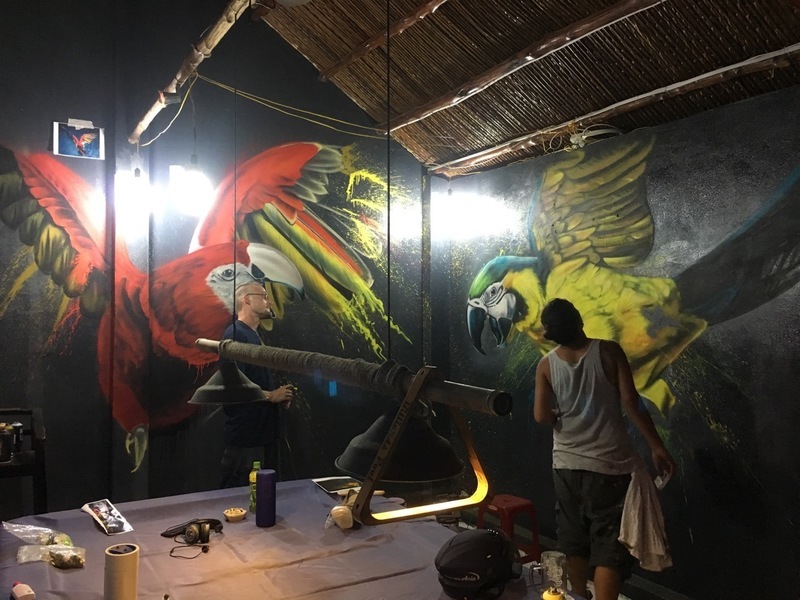