After 6 days at sea we finally reached Maui where we stayed for 2 days.

On our first day we rented a car and went out to explore the island. Of course, we had to start our visit with a lunch stop at Costco to test their hot dogs and see their free-range chickens 😂. 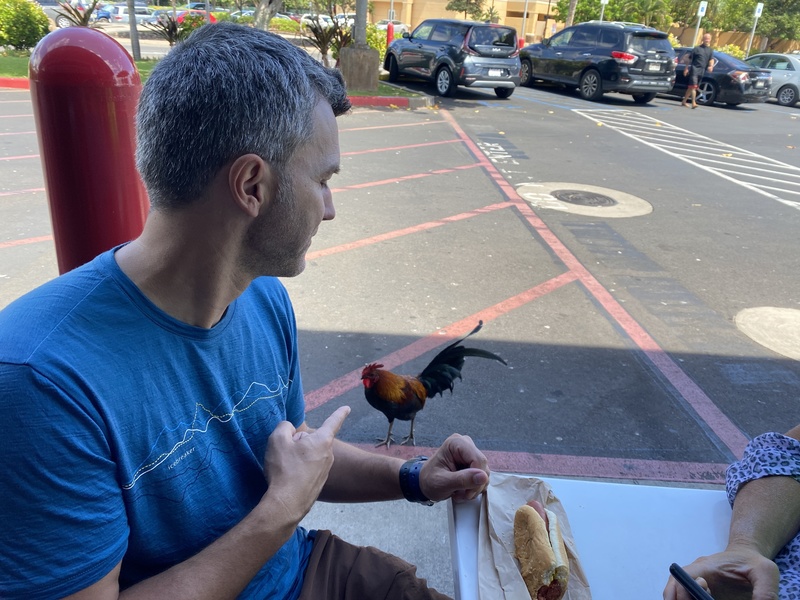 Our main goal was to go up Haleakalã Mountain, but by the time we finished driving all of the switchbacks to reach the top of the mountain, it was completely fogged over and raining. Weird to think that only 30 minutes earlier, it was hot with clear blue sunny skies 😀. 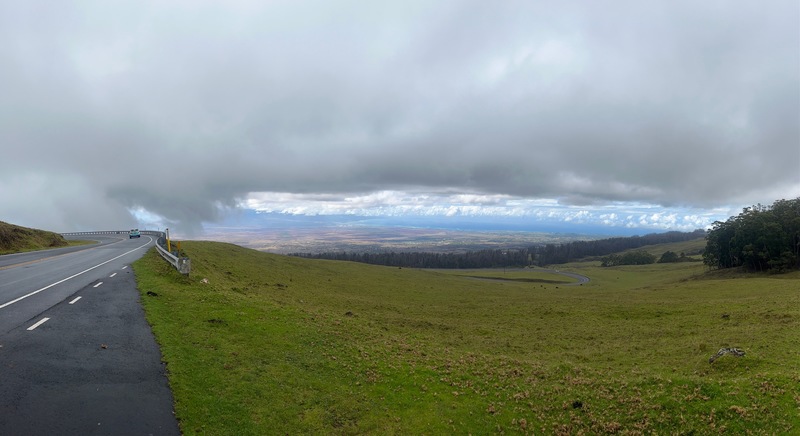 On our way back, we stopped near the start of the road to Hana, to walk around and catch some beautiful views at Twin Falls and Ho'okipa beach park. 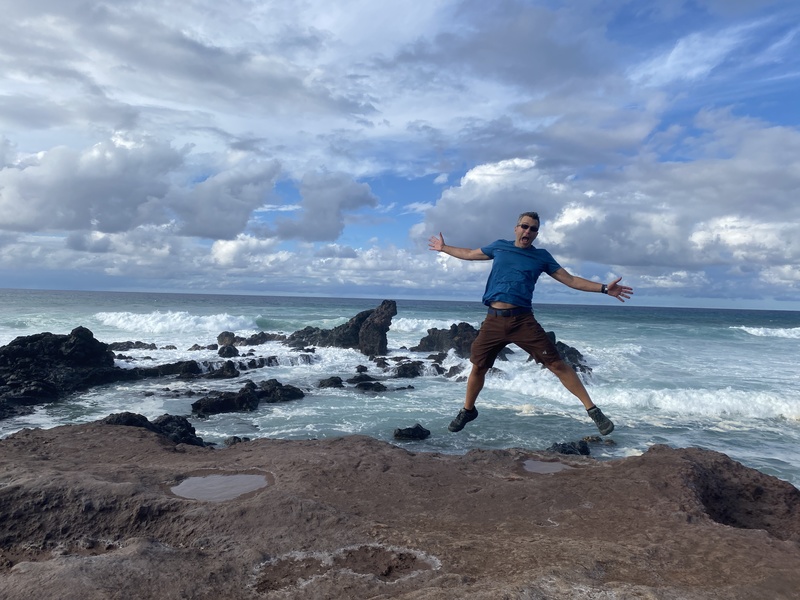 We were a bit caught-off-guard to discover that most of the parking lots charge $35 USD to park a rental car overnight in Lahaina!  We drove around for quite a while and luckily found a place called Republic Parking on Dickenson St. where they only charged $20 - by that time, it was getting dark and we were getting hungry so we thought it was quite a bargain! 🤪
On the 2nd day, we went out snorkelling but had mixed results.
We tried to see the turtles in Napali Bay, Honokeana Bay, and Kaanapali Beach but with no real success.  From the beach, we could see lots of turtles coming to the surface for air, but once in the water, the visibility was about 3 feet so you couldn't see the turtle until it was right in front of your face!  The waves were quite rough in Honokeana Bay, so it was a bit scary to get into and out of the water.  You had to time yourself just right so that you wouldn't get slammed into the rocks by the big waves and currents. 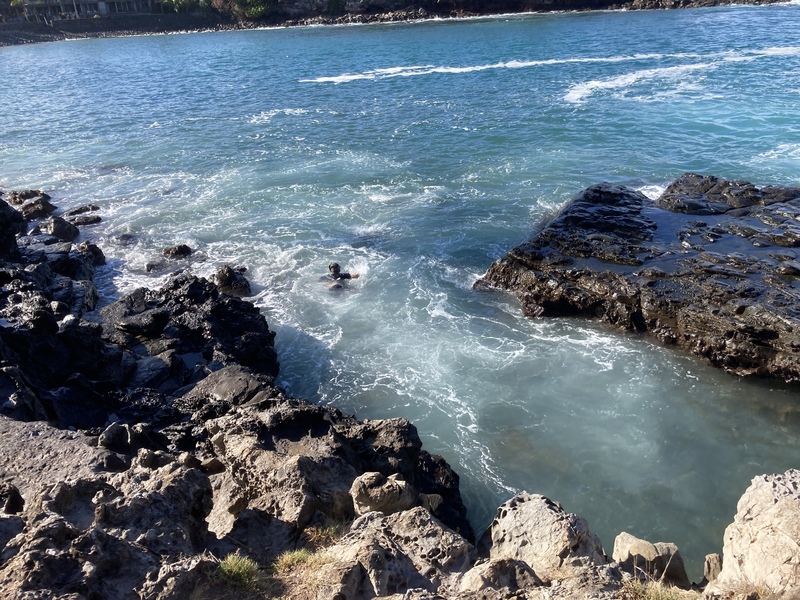 Before returning to the ship, we stopped in Lahaina to window shop and admire the massive Banyan tree. If you look at the picture, it looks like a little forest with several different trees, but it’s actually all part of same single tree - each of the "trees" were aerial roots that branched off, rooted themselves, and continued to grow into separate-looking trees over time.

Back on the ship, we enjoyed a 5-star view while eating a late-afternoon snack at the Windjammer cafeteria. 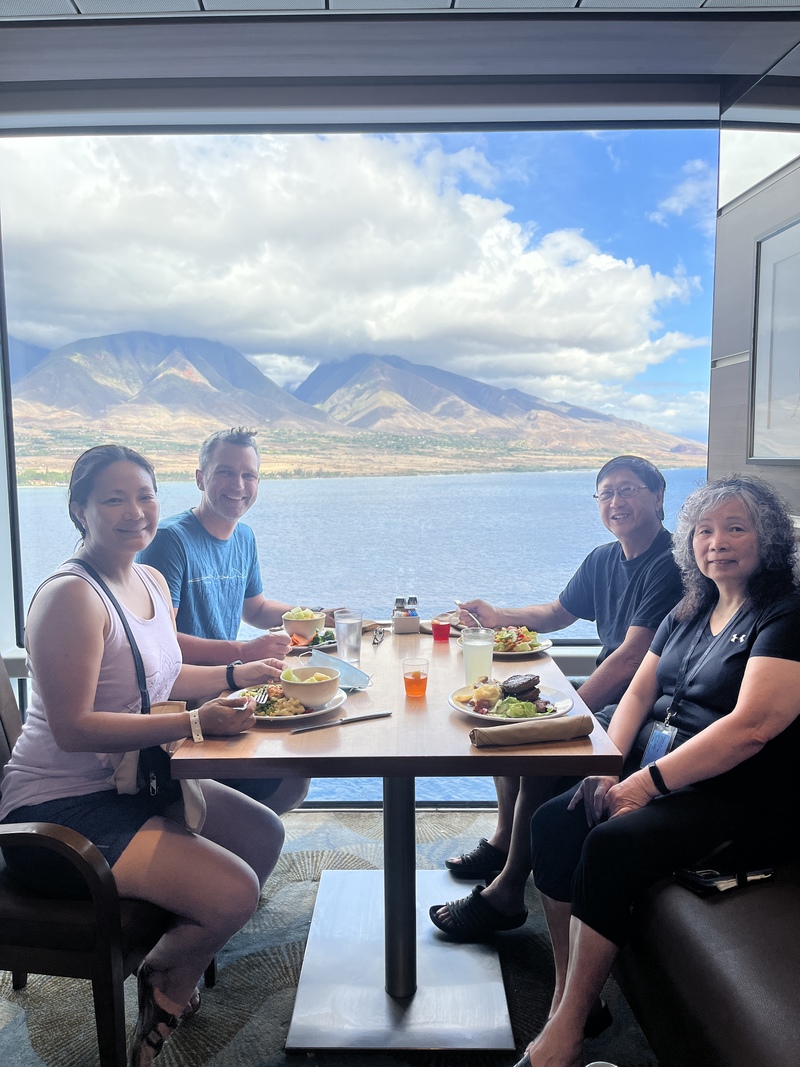