We started the second day with an early morning hike up Magic Mountain since it was easily accessible from the Paul Gauguin dock.  The area around the mountain is privately owned, so we paid $2 usd/person to enter.

The walk was along a paved road where tourist vehicles would occasionally pass by.  We spotted a number of different fruit trees along the way including mango, papaya, lime, and banana, unfortunately, since we were on private land, we were told not to pick any of the fruit.  After about 45 mins exploring the 3.3km hike up, we reached the 180m peak where we were rewarded by yet another beautiful view of the island and surrounding lagoons. 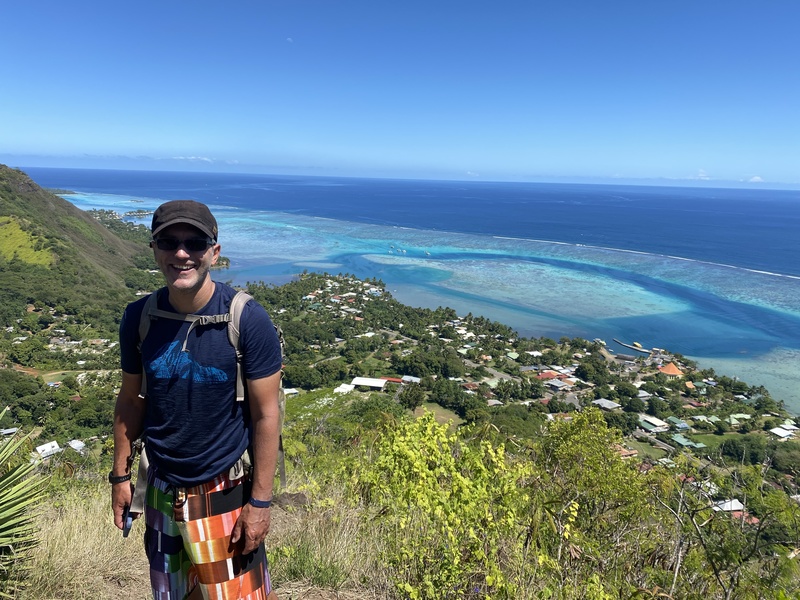 We overheard one of the tour guides explaining that Moorea is a volcanic island (an atoll).  All of the dramatically steep "mountain peaks" along the horizon, were all part of the volcano caldera.  The 2 large bays on the North side of the island are areas where the caldera collapsed, giving Moorea it's unique "heart" or "butterfly" shape when seen from above.  To learn more about how the beautiful atolls were formed, checkout this site: Formation of atolls and islands illustrated.