Day 4: Linz to Bad Kreuzen (~60km)
We left early so we could have time to visit the Mauthausen Concentration camp, which sits atop a huge steep hill. We spent about 1.5 hours visiting the site and listening to the audio guide which talked about many interesting yet horrible stories of what happened there.  Mauthausen was chosen as one of the larger concetration camps because it was nearby a granite quarry, so prisoners were used as slave labourer who were starved and worked to death.  They were made to repeatedly carry large 25kg granite stones up 186 stairs until they were so exhausted that they would simply fall down the stairs to their death, taking those who were following close behind, along with them. 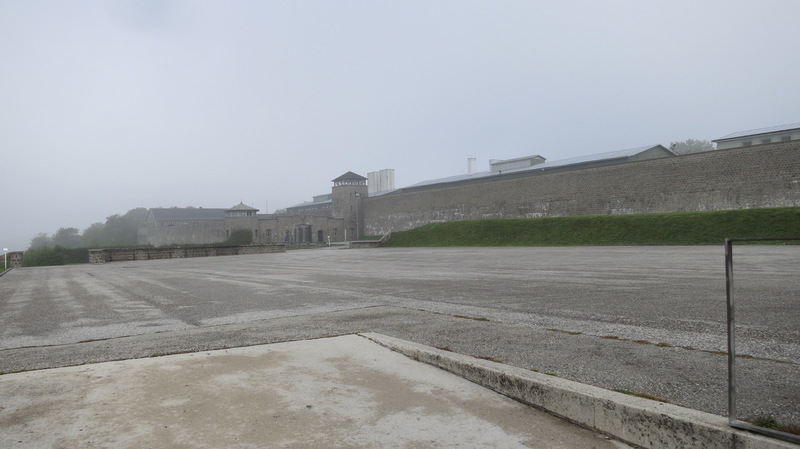 After the tour, we then hopped on our little bikes and zipped back down the hill.  From here we rode through various farms including pumpkin/canola/corn fields, and apple/pear orchards. 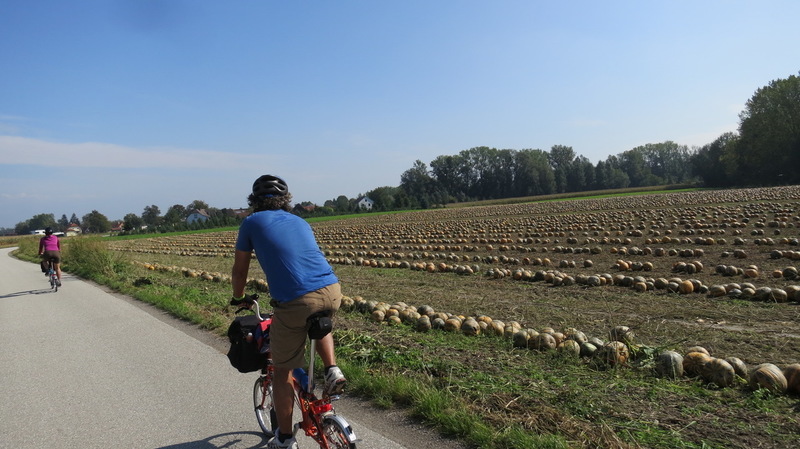 We also lost David and Lloyd on the way!  Thanks to Sharon's careful planning to ensure we were all equipped with Zello, a walkie-talkie app, and Freedompop Global SIM cards with free data, we were able to communicate our locations to find each other again about 30 minutes later :). 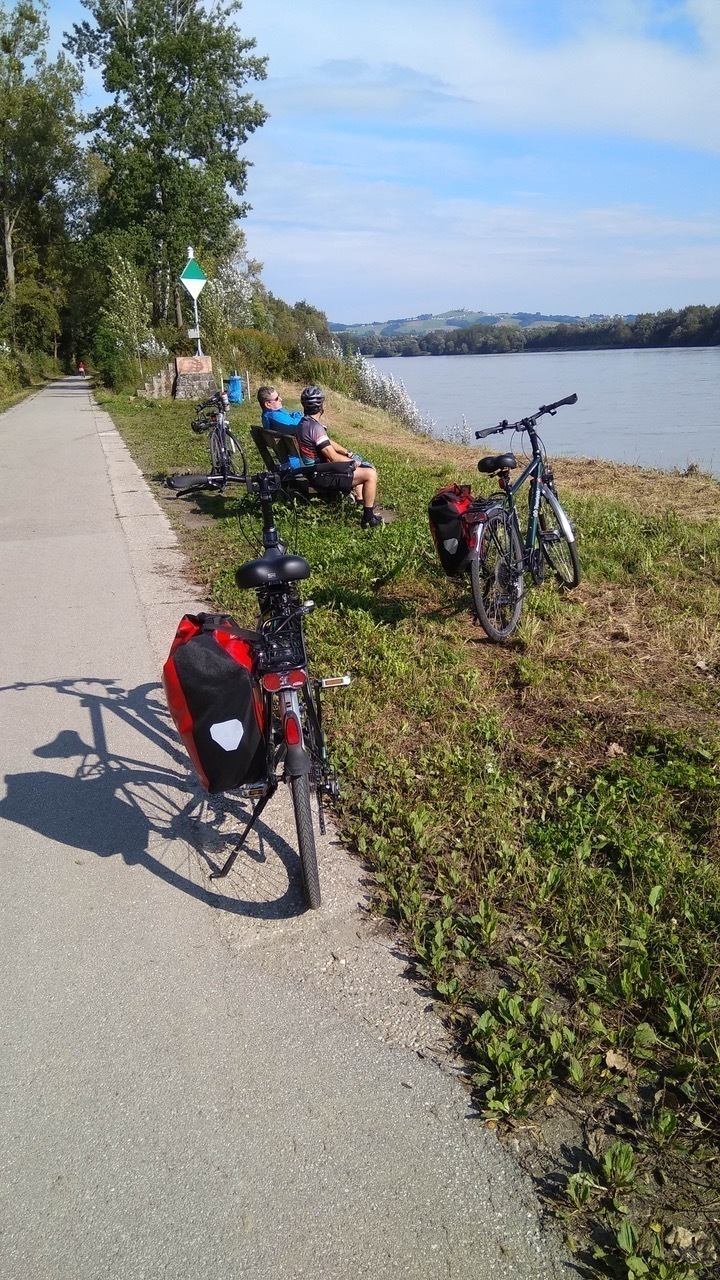 Since we arrived at our pickup location an hour early, we treated ourselves to a nice ice cream treat! 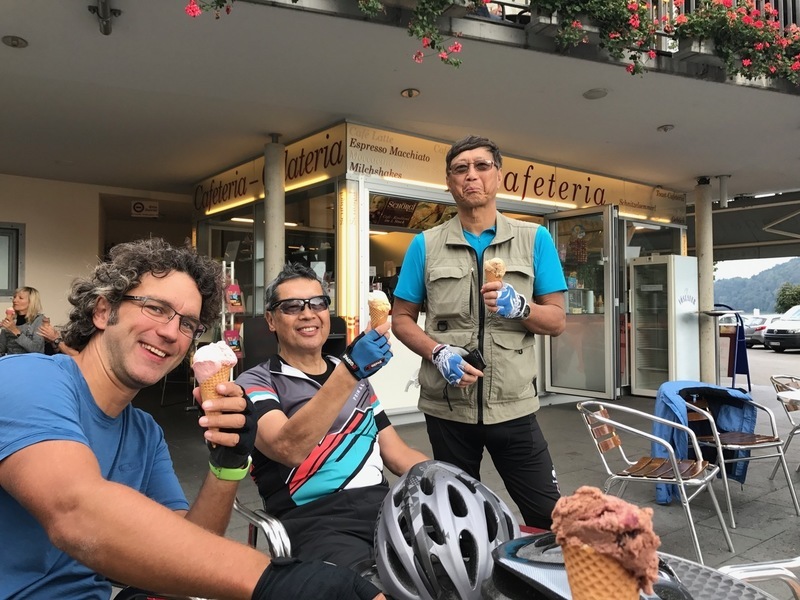