On our way to Agra, we stopped for a day in a small town known for its Kamasutra temples -  Khajuraho.  The atmosphere of the small town was a really nice break from the busy, noisy streets of Kathmandu, Delhi, and Varanasi.

Built around the 10th century, the temples of Khajuraho are amazingly well preserved.  We took the audio guide tour, so we learned a few interesting facts about Hinduism:
- Hinduism is the world's oldest living religion.
- It has "330 million gods and goddesses to be exact" (no kidding!)
- There are 3 main gods: Brahma the creator, Vishnu the preserver/protector, and Shiva the destroyer. 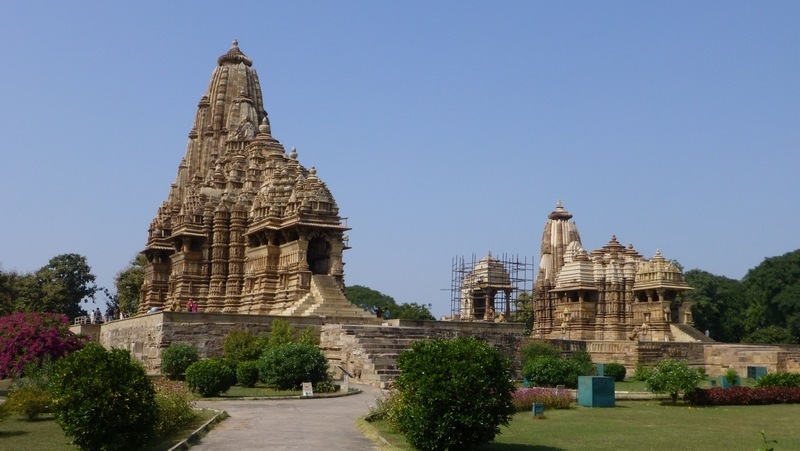 What makes these temples really interesting are the amazingly detailed carvings.  Each temple has multiple rows of scenes carved all around the temple base and outer&inner walls, mainly depicting aspects of day-to-day life. 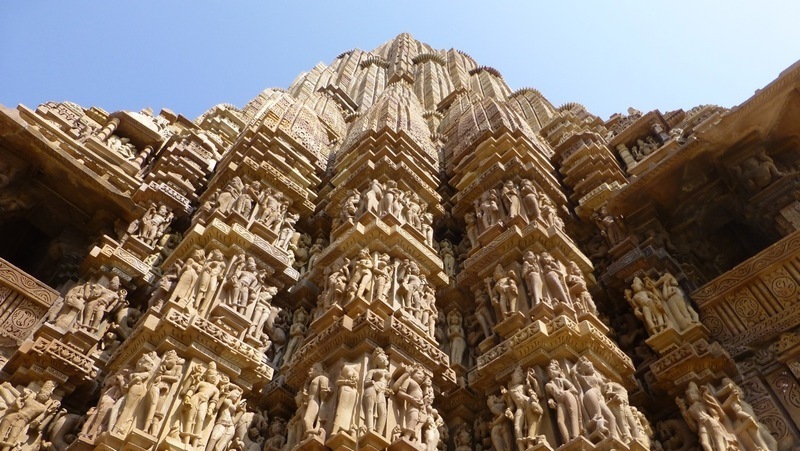 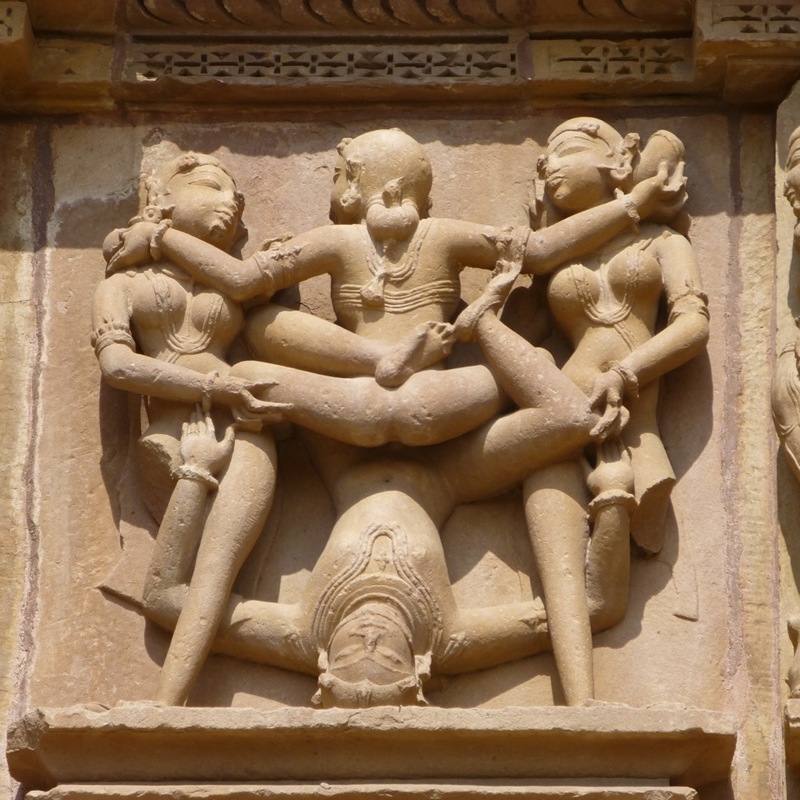 The concept of huge breast implants was not invented by 20th century doctors… or by the fantasy of 14 year old geeks reading comics… as you can see from the following pictures, that honour should probably go way back to the 10th century Indians. 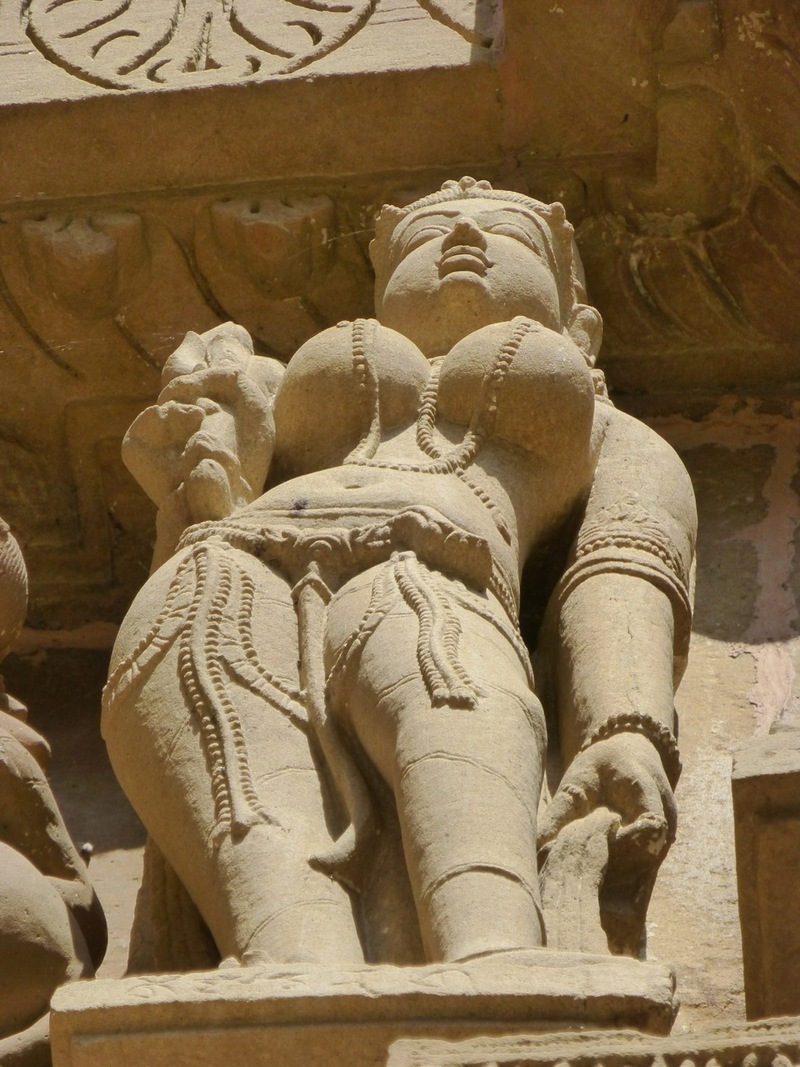 We also learned the story of Ganesh - the god with the elephant head.  Here's a synopsis of it (in our own words):
Shiva's wife, the goddess Parvati, was getting pretty lonely (Shiva was always gone... probably playing video games with his friends).  She wanted to be a mother, so one day she made a clay doll and gave it life.  Under Parvati's nurturing tenderness, the doll grew and became the son she always wanted.  Many years later, Shiva finally returned home (it was a big lan party).  To protect his mother, Ganesh refused to allow the stranger, Shiva, to enter their abode.  In the fight that followed, Shiva cut off Ganesh's head and let him die.  Seeing this, Parvati cried out and told Shiva that Ganesh was their son.  She demanded that he restore their son's life.  To please his beloved wife, Shiva sent his minions into the world to look for a head to replace on Ganesh's body.  The first animal they found was an elephant, so they brought it back so that Shiva could attach the head and bring Ganesh back to life. 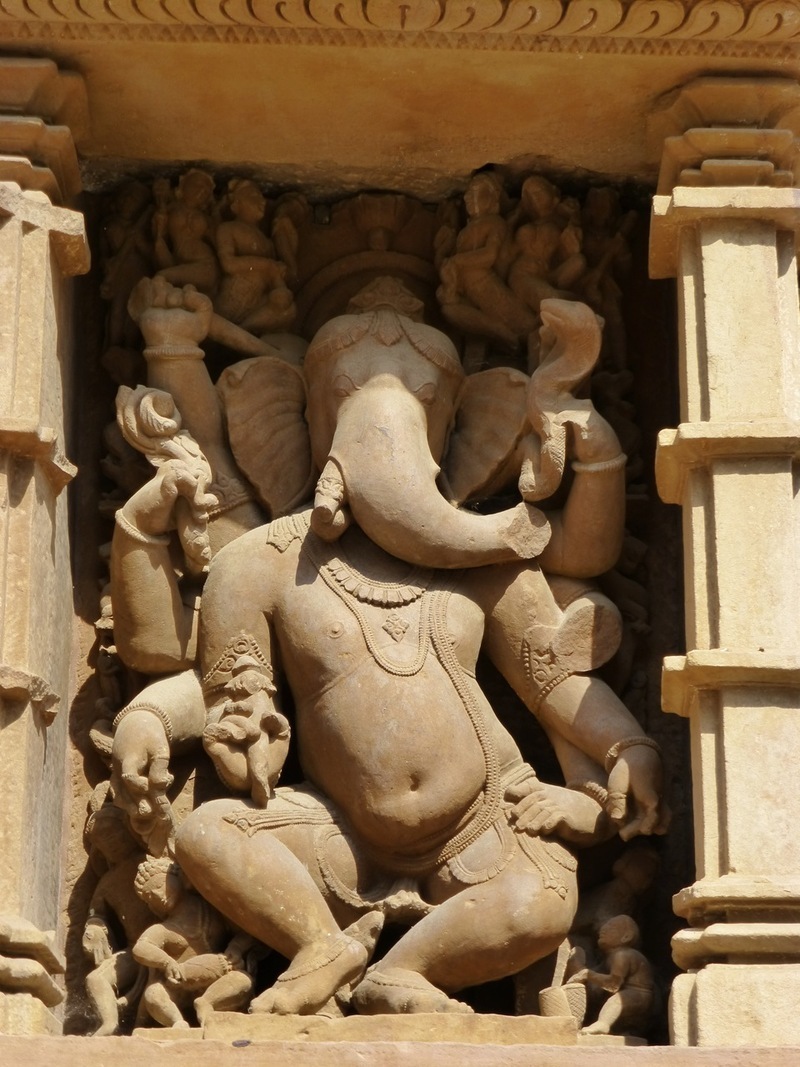