After hiking Magic Mountain, we headed back to the Gauguin Pier to meet up with Jen's parents.  While waiting, we strolled to the local church to watch the church choir dancing and singing church-songs, with local instruments and style.  It was really beautiful.

We took a taxi to the Plage des Tipaniers on the North side of the island, where we rented kayaks from Tip Nautic for about $10usd per kayak/hour. 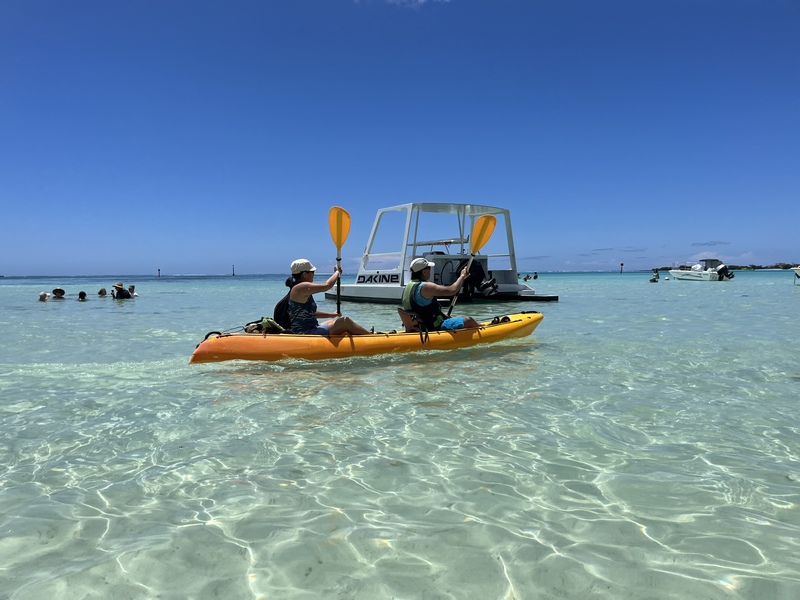 We paddled out to a sandbar ~1km away and tied our kayaks to the floating anchors that were out there.  We put on our snorkel gear and hopped into the water to swim with the black fin sharks and the stingrays that typically hang out in the area. 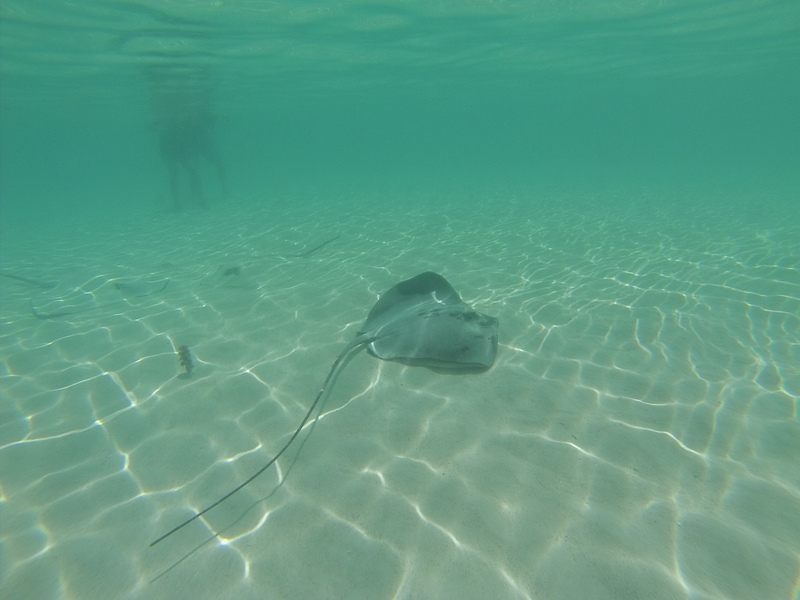 After returning the boats, we hung out around the beach for a couple more hours and checked out the fish in the lagoon
The island of Moorea has 2 main bays.  The Western bay is named Cook's Bay, in honour of Captain James Cook, the first European to dock on the island in 1777.  Moorea is also the island where, 12 years later, the Mutiny on the HMS Bounty occurred with Captain Bligh.
The Eastern bay is named Opunohu Bay, which means "stomach of the stonefish".  Stories of stonefish are common in the folklore of the island.  The extremely venomous stonefish like to bury themselves shallowly in the sand of the island's lagoon, making them very hard to spot. There are many stonefish hospital visits here each year because if you accidentally step on one while wading the waters, it can be very dangerous.  So it is highly recommended to wear shoes with thick soles and avoid walking near rocks/coral, when wading in the beautiful lagoons here! 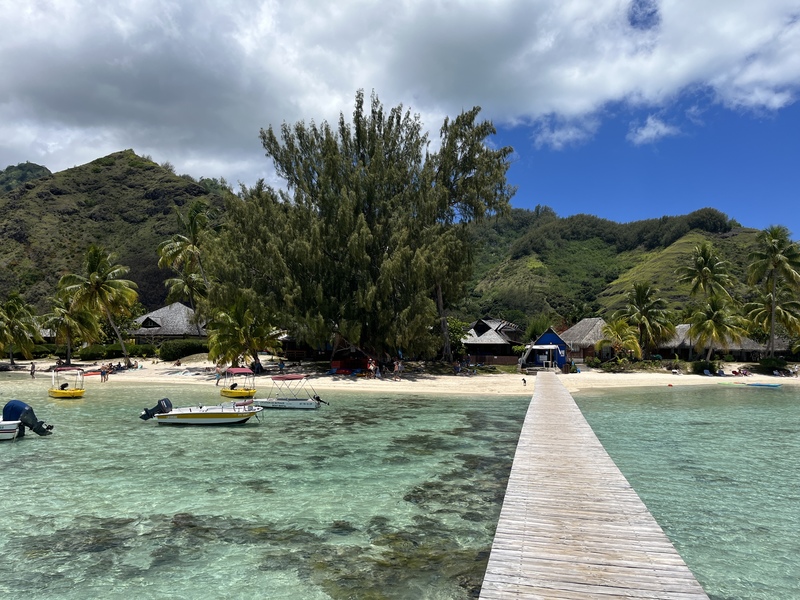 Fortunately the beach locals warned us which areas of the lagoon to avoid in particular and we also wore our sandals in the water just incase.  We managed to avoid any incidents with stonefish, but Dom did have a fun encounter with a Damselfish while trying to capture some pictures and videos in the lagoon!  Apparently these guys get very territorial during breeding season.. checkout his footage of "Damsel vs the GoPro":
Download IMG_5347.MOV