When we initially booked our trip to Granada, the only thing in our sites was the food.
After doing a bit of research, we discovered there's actually a lot of amazing history and architecture there as well!  We did a walking tour to check out the town, visit various sites, and enjoy the sun. 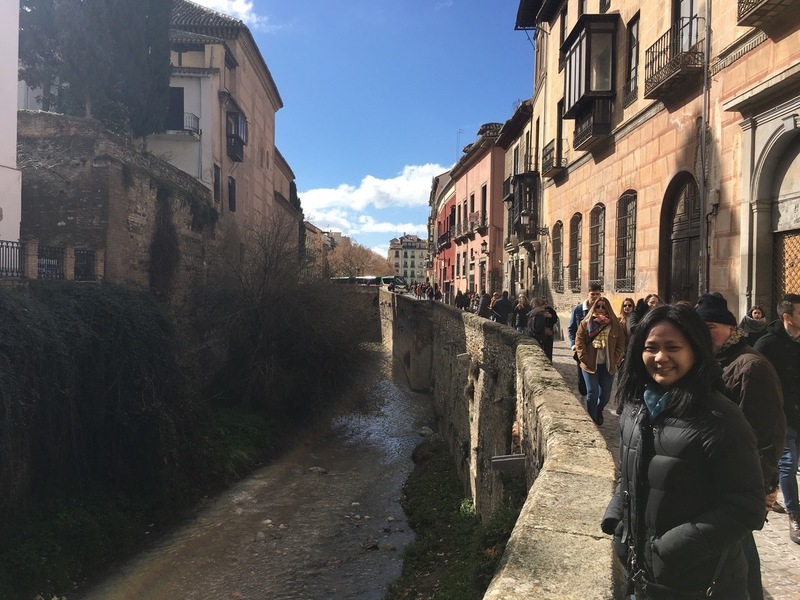 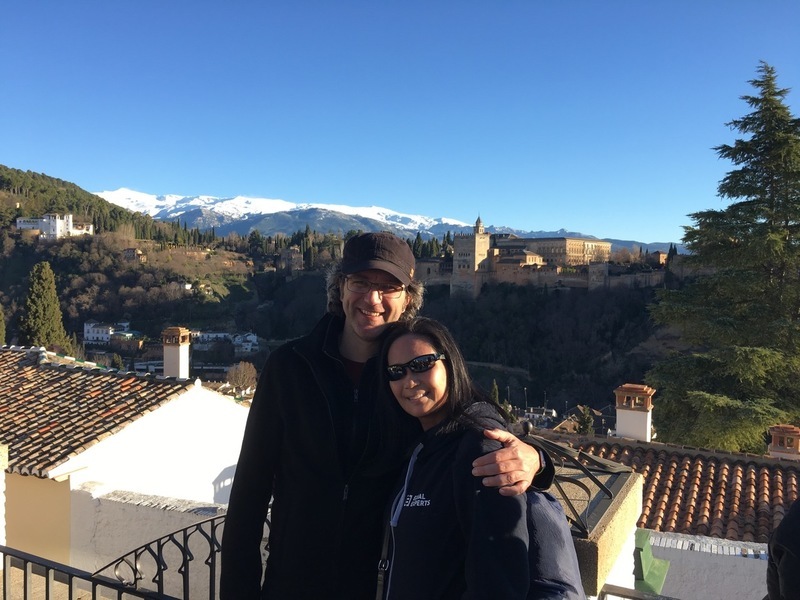 Granada is home to Alhambra ("The Red One"), a great muslim fortress built between the 9th and 13th centuries.
Within Alhambra, you need to book a reservation to visit the Nasrid palace, so we decided to reserve the first available spot to beat the crowds. It was a great idea, but it meant that we had to start our hike up to the palace in the -1ºC darkness.  Lucky for us, a small coffee stall was open at the top so we could stay warm while waiting for the palace to open. 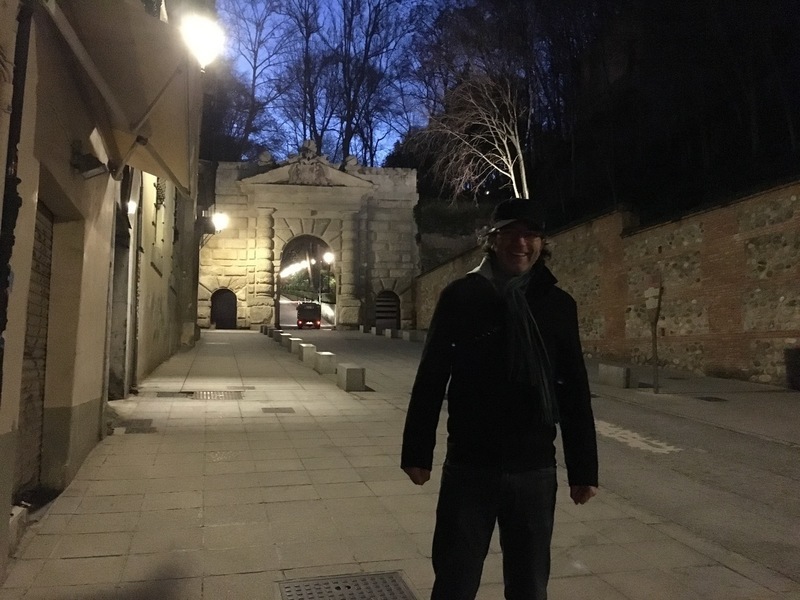 The Nasrid palace is huge and beautiful.  The walls are carved with incredibly detailed geometric patterns and the gardens are perfectly manicured.  A constant flow of fresh clean water flows through the many fountains and pools scattered in and around the palace. 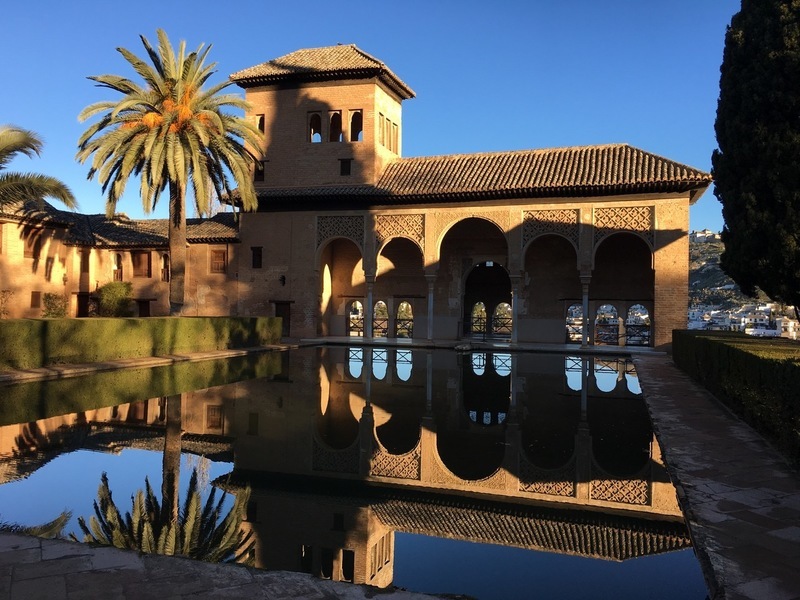 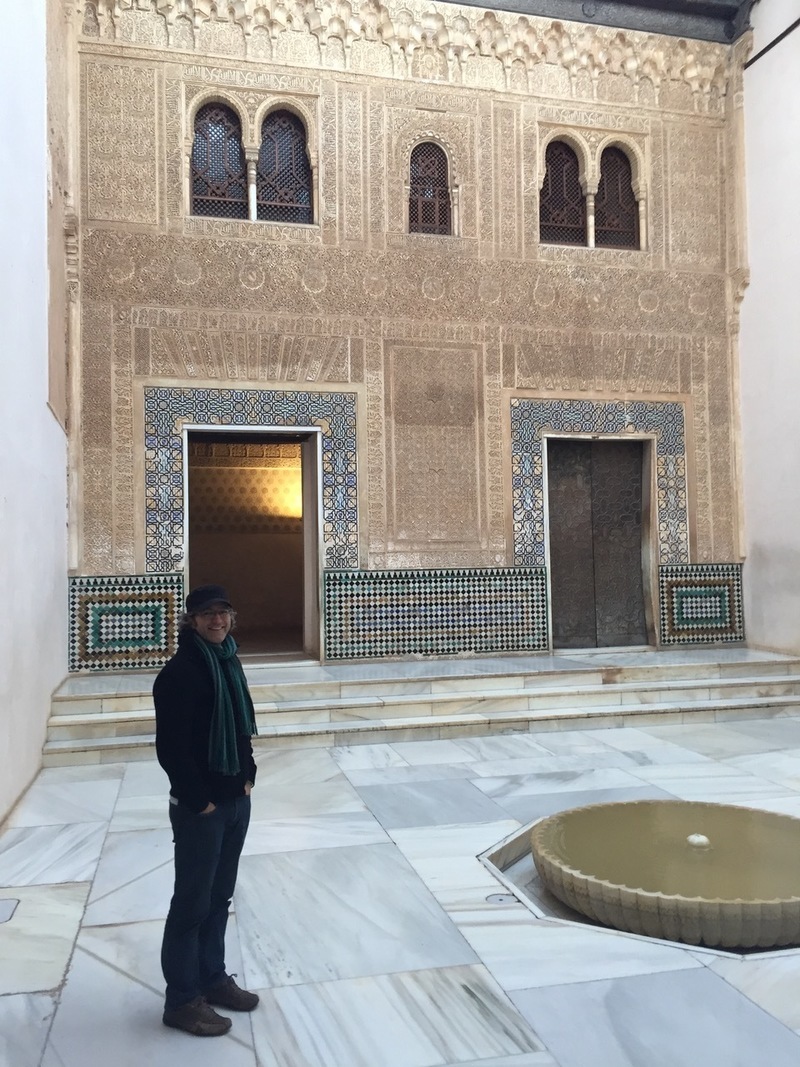 We exited the Nasrid palace and and proceeded to Generallife. The name sounds like an insurance company or the name of a famous general, but it’s not. Generallife is another palace that was used during the summer because it lies up the hill in an area with slightly cooler temperatures. 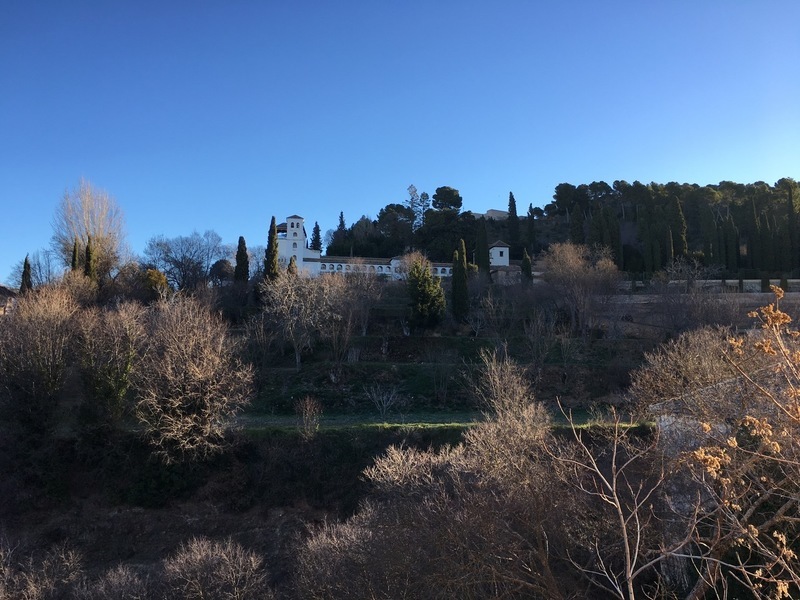 We finished the tour visiting the rest of fortress grounds that overlook the city.

The most impressive part of Alhambra is its sheer size which allows you to appreciate it from the different points around the city. 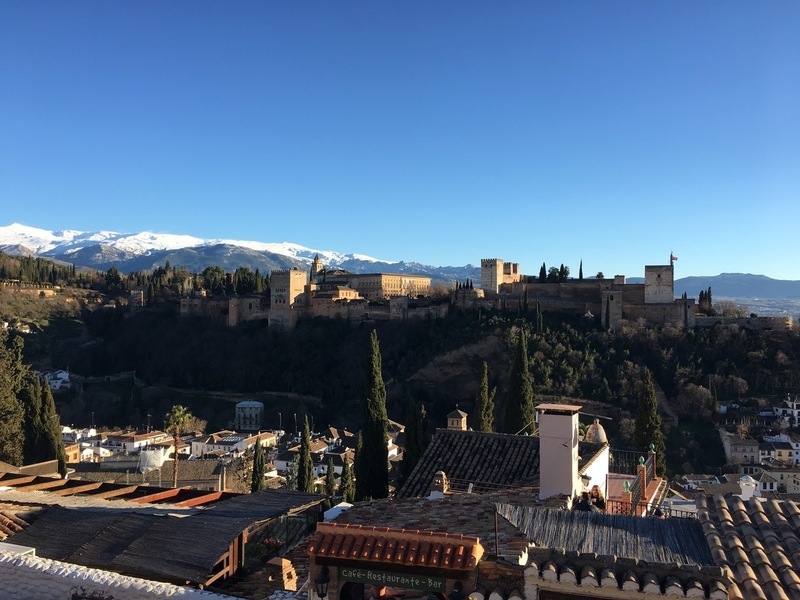 Our hotel was really close - we could easily spot it from Alhambra. 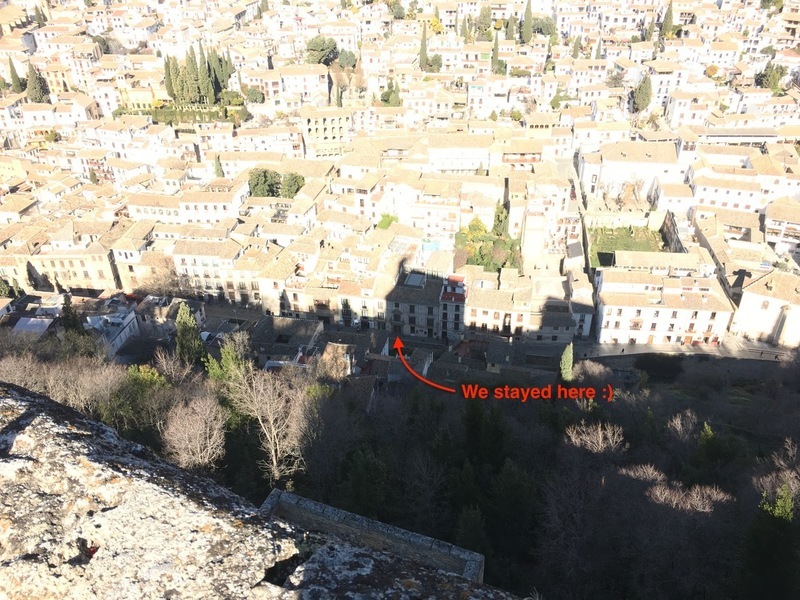 For more information about the history about Alhambra and Generallife, here is a good site: https://www.alhambradegranada.org/en/info/historicalintroduction.asp