What better way to pass summer than to return to Kos for another reunion with our nomadic kitesurfing friends for a couple of weeks!  Peter's school was pretty busy this year, so Dom even helped teach some of the initial land and water lessons. 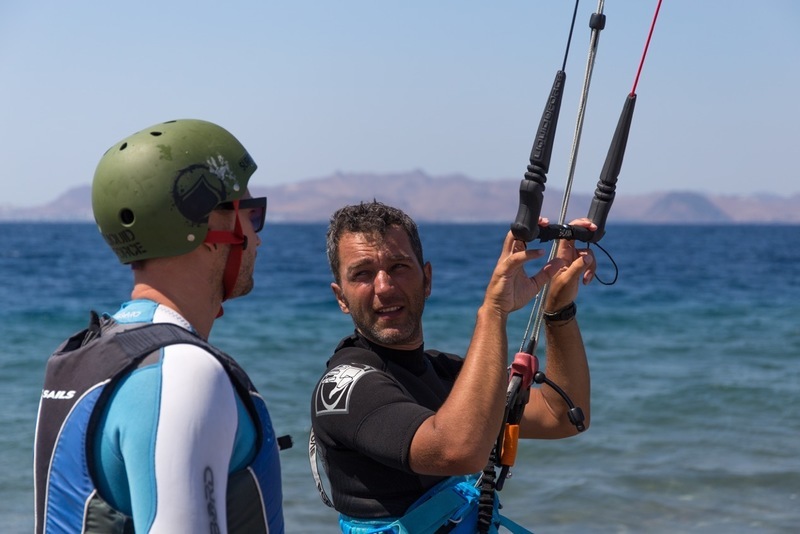 Kitesurfing and hanging out by day 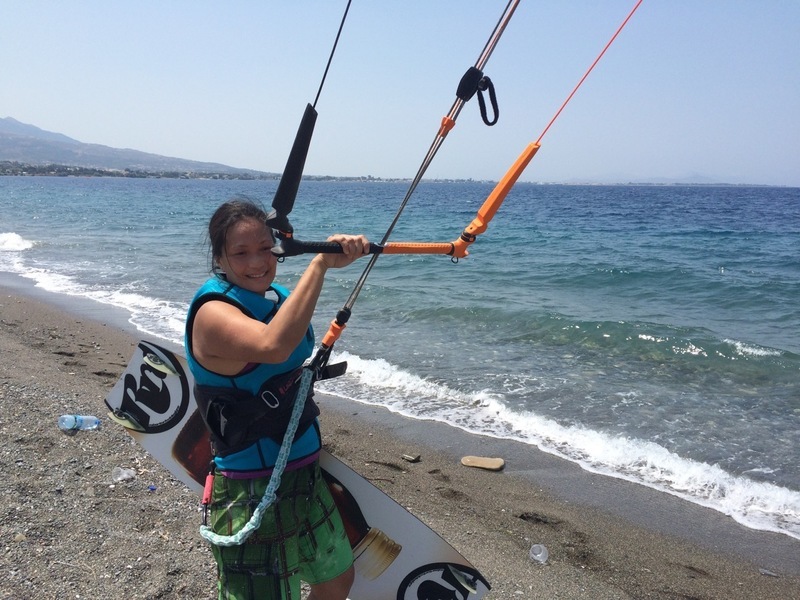 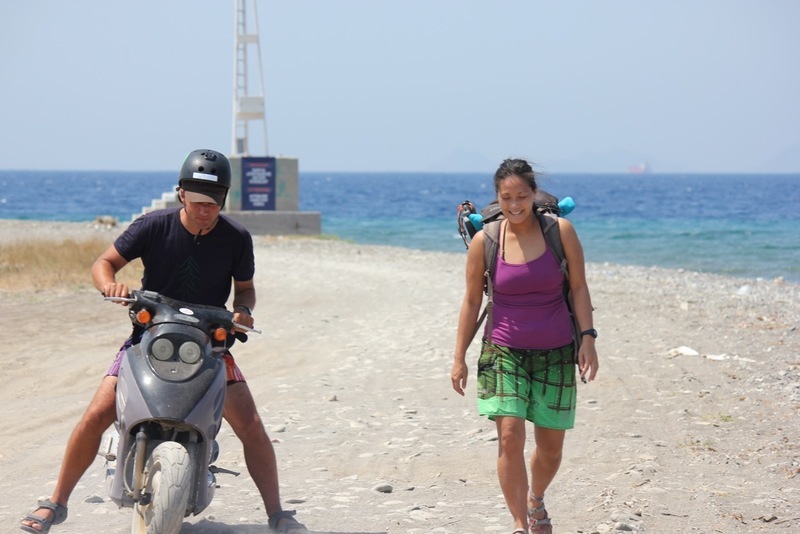 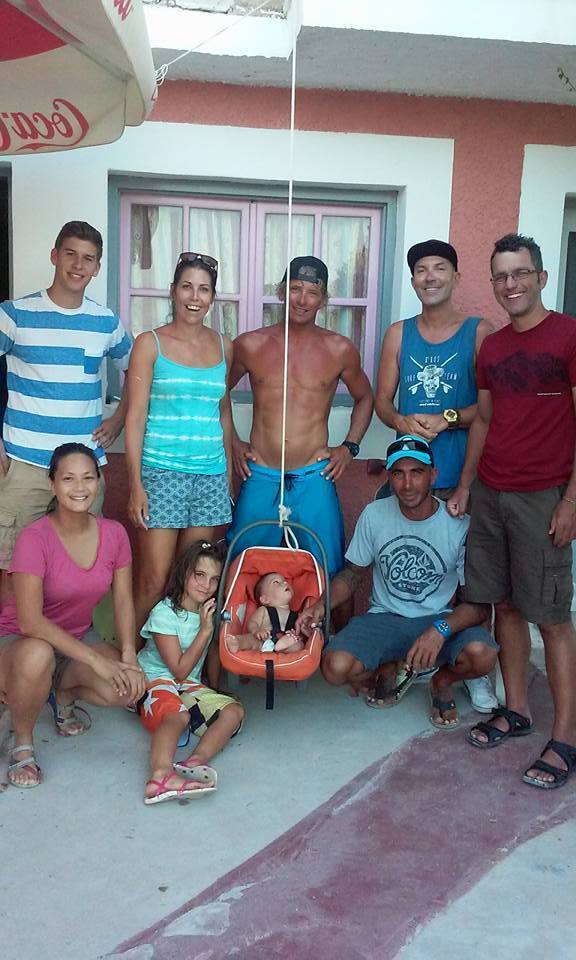 BBQs and parties by night 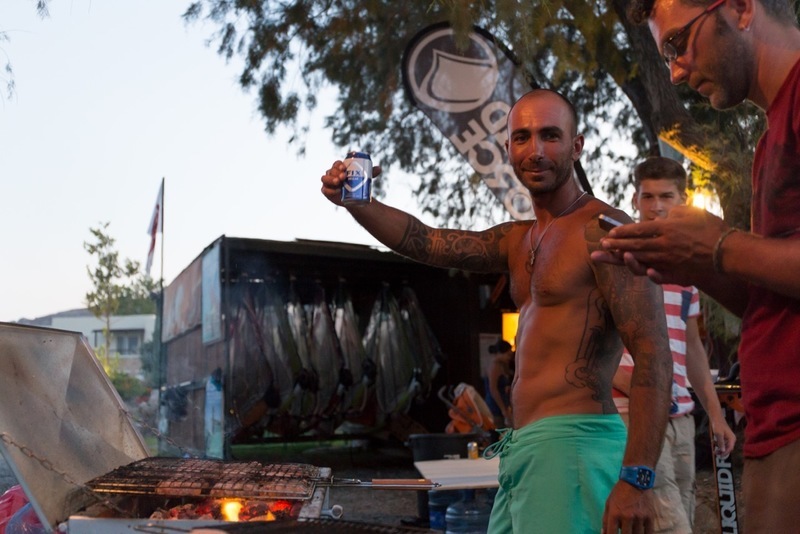 Many friends and family were surprised that we were going to Kos this summer given that Greece was were in the middle of a Financial crisis and Kos is one of the main islands impacted by the Syrian Refugee Crisis.
The 60euro daily ATM limit only applied to locals so we weren't technically impacted by that, but we did hear that some people had trouble because the ATMs would occasionally run out of cash.  We did bring some Euro in with us just incase, but overall, paying for stuff wasn't nearly as problematic as the media made it sound... plus most of the stores/restaurants still accepted Credit Cards.
Kos is located only a few kilometres from Turkey, so there were a lot of refugees making the crossing while we where there.  When they arrive, they walk to and stay in camps near the centre of town.  Since we were staying about 5km east of Kos Town we pretty much never saw them.  However, the gravity of the situation was evident by the number of new life vests, inflatable boats, and tires abandoned on the kitesurf beach every morning.  According to the locals, refugees make the crossing in the dark and puncture all of the inflatable boats/tires as soon as they are near the land so that the coast guards are forced to rescue them rather than tow them back to where they came from.  Usually they cross on inflatable dinghies, but often the boats are full so they tie a bunch of plastic inflatables or scooter tires together, and tow people behind the boat on them! 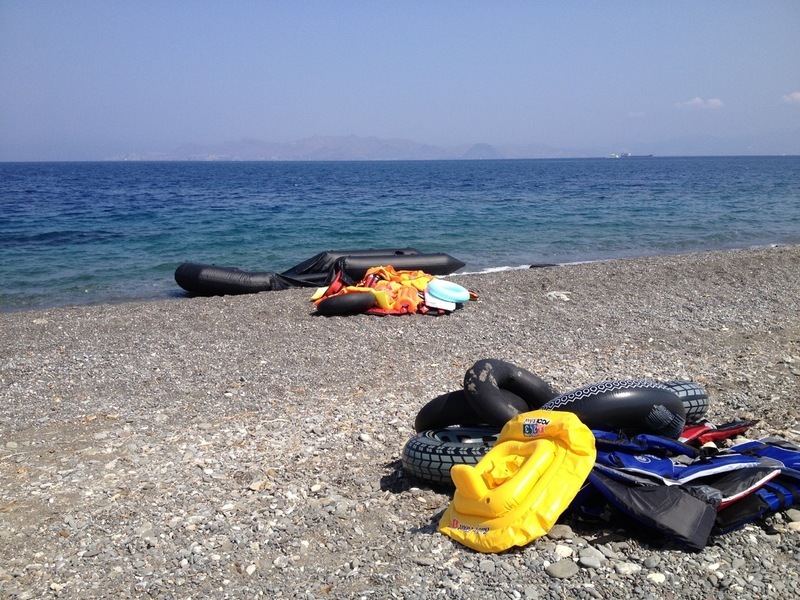