As you probably know, unicorns are very rare.  What is less known is that the lifecycle of unicorns are similar to butterflies in that they have multiple stages. In the unicorn's case, the stages are: grober, cocoon, and unicorn.
For Dom's first graffiti, he decided to introduce the grober to the world.  We went to Richterswil, where Fabian’s friend had a legal wall that we could create our very first official street art on.
Vlad did the elephant, Dom did the grober, Bane did the squid, Gabriel did the lettering, and Pest did the skull.

Here are some photos of the creations in-progress. 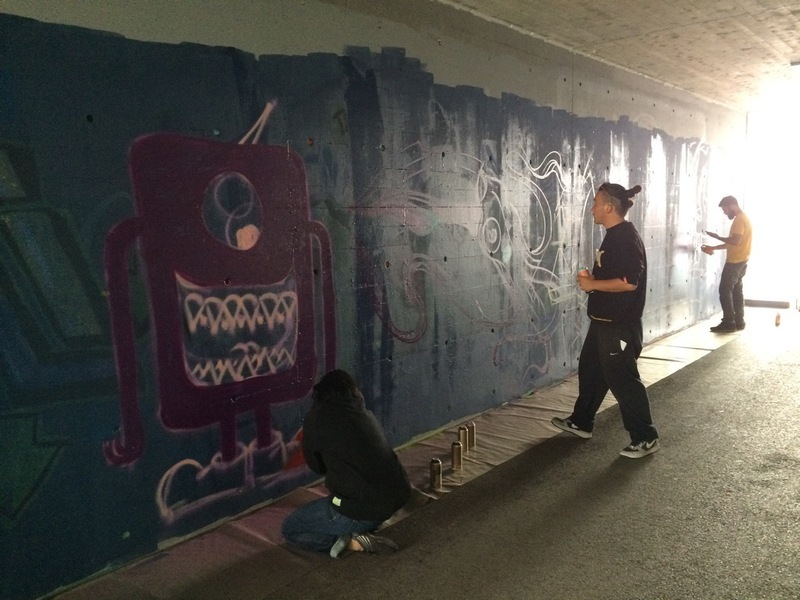 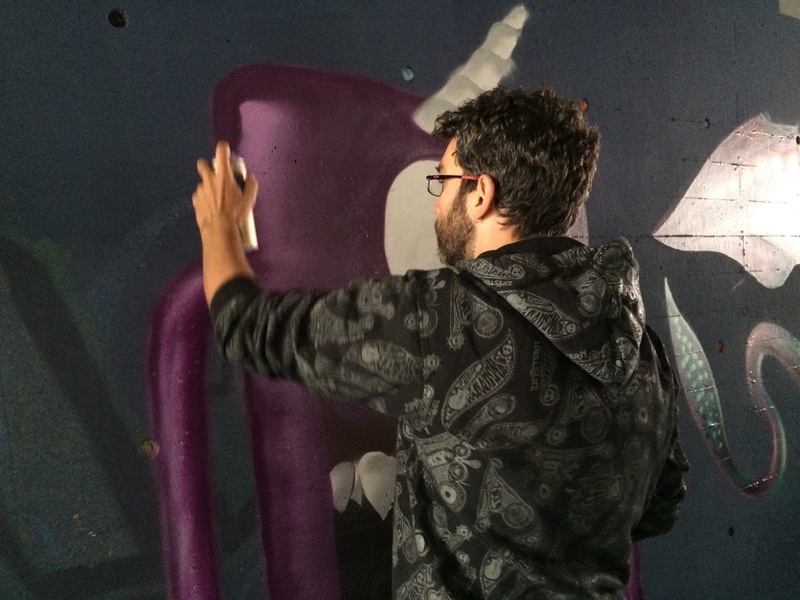 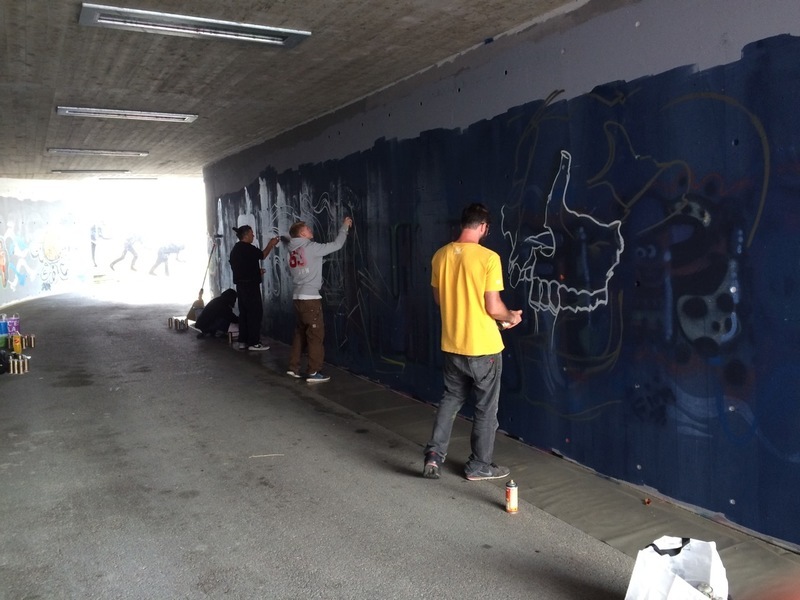