325 years after Jesus's death, the Church of Holy Sepulchre was built by Queen Helena, over the location where she believed that Jesus was crucified and buried. 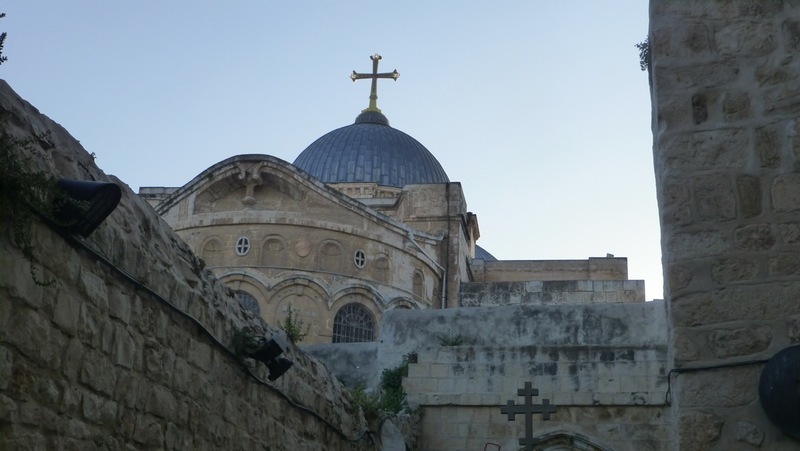 With the Lonely Planet's help, we made our way through the various niches to follow his last footsteps - the final five (of 14) Stations of the Cross: 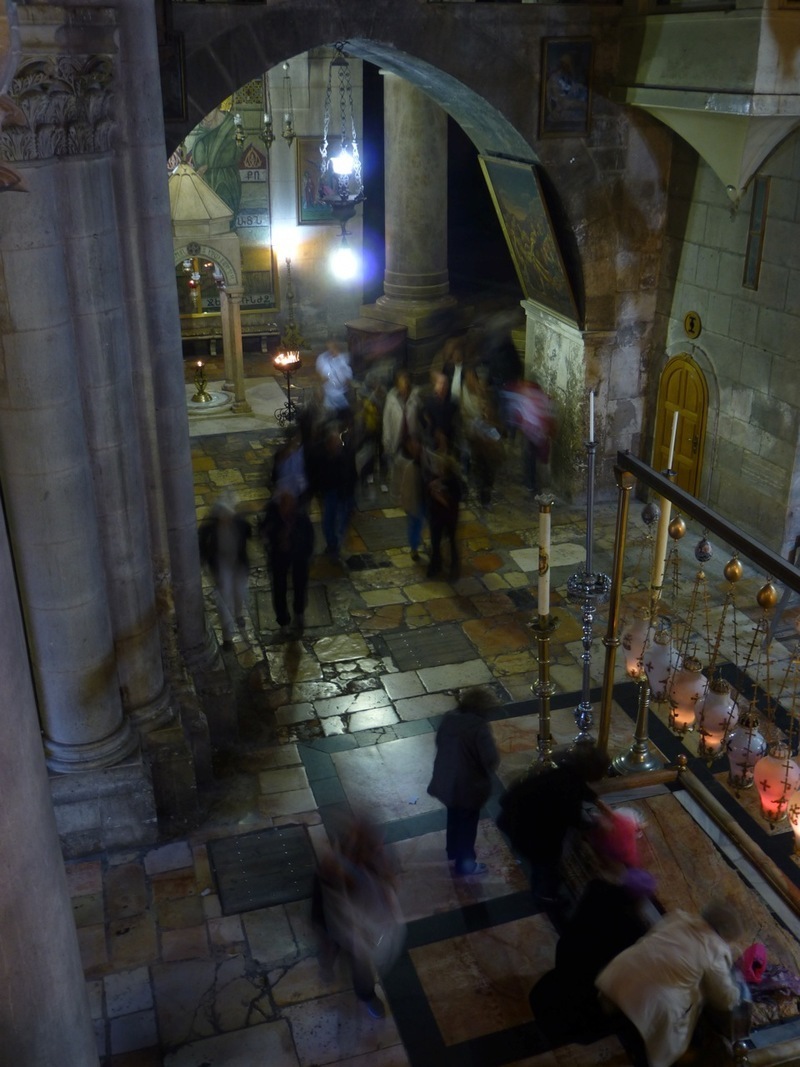 Lastly, we made our way to Station 14  - The Holy Sepulchre (the tomb where Jesus was laid.. or what's left of it)

We thought that Jesus was buried in a cave/cavern!… apparently, over time, pilgrims took momentum rock piece from the cavern until it was all gone.  What you find here now is a marble slab covering the rock where Jesus's body was laid to rest. 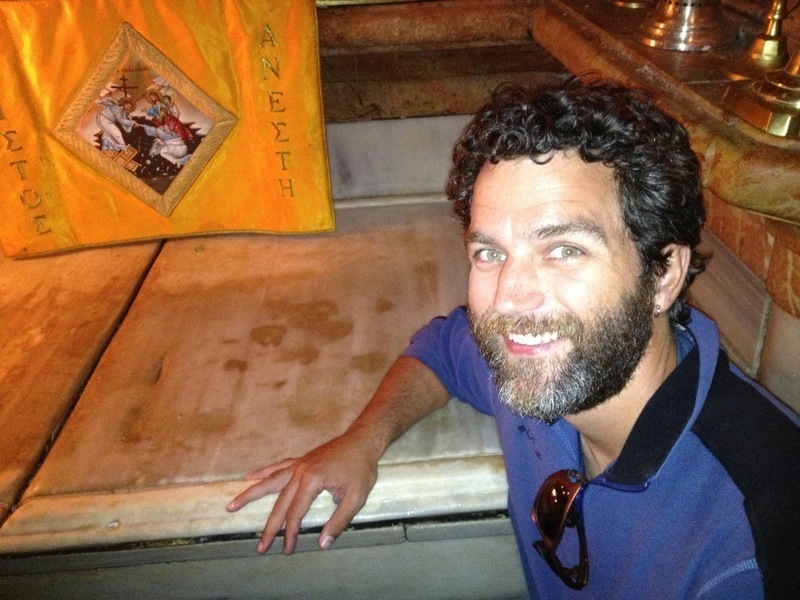 We also learned that the Church of the Sepulture cannot be renovated due to the "Status Quo" agreement which states that everyone who owns part of the church, must agree in order to make any change to the church.  Since they can never agree, the wooden "Immovable Ladder" still sits above the main door of the church, and has been there since the 18th century!
Why was a ladder up there in the first place?  Apparently, long ago, the different religious orders argued about who should have the key to the Church.  They arbitrated by visiting a Judge... who decided to gave the key to a local Muslim family.  The family decided to charge for opening the doors, and since the churches did not want to pay, they put up a ladder and went in through the window.  When the Status Quo agreement was signed, the ladder happened to be there!  …(we think they leave it there because it makes for a nice tourist story ;))