Although the arranged bike tour ended in Vienna, we had originally planned to continue on our own to Bratislava, Slovakia.  However, once reaching Vienna, we changed our minds and opted to spend some extra time visiting Vienna before leaving on a late afternoon train. 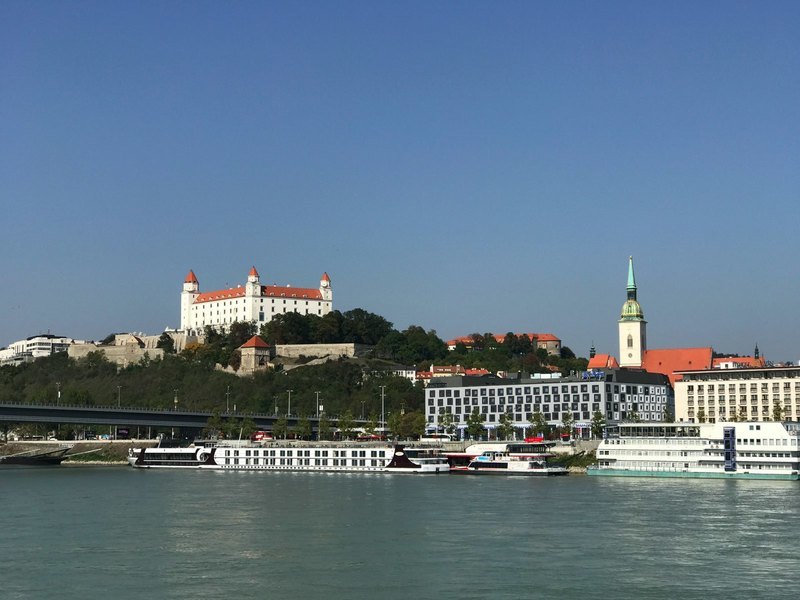 We had no idea what to expect in Bratislava and we were pleasantly surprised!  It has a really nice historical centre and we were blown away at how good the food was - very rich, but so delicious!!
Dom’s favourite dish was Bryndzové Halušky - a gnocchi-like potato dumpling with a sheep cheese and sour cream sauce and fried bacon on top.  Jen liked the Zemiakové placky (potato pancake fried in oil) and the Svickova na Smetane (a typical Czech dish with pork tenderloin and a creamy white sauce). 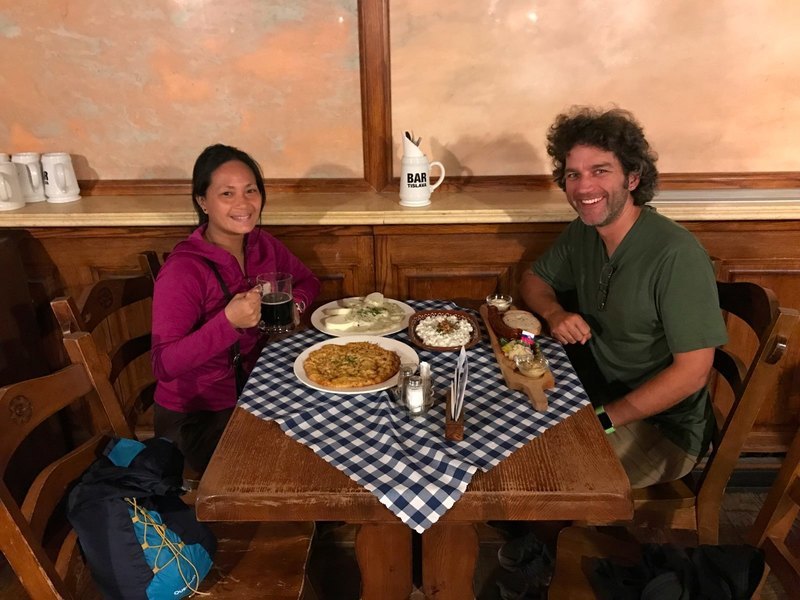 After all that biking, we were really happy to treat ourselves and fill our bellies with so much yummy food!