Since the weather in Europe was finally starting to warm up, we decided to escape the busy streets of London to check out Berlin.
After an exhausting week of work, we decided to spend the first day just relaxing and randomly wandering the city on our own.  Of course one of the first things we had to try was the bratwurst from the (tourist-trap) biergarten in Alexanderplatz!  After hours of wandering, the warm weather drew us in for a rest in the park in front of the Reichstag building where we both drifted off for a sunny late-afternoon nap on the lawn. 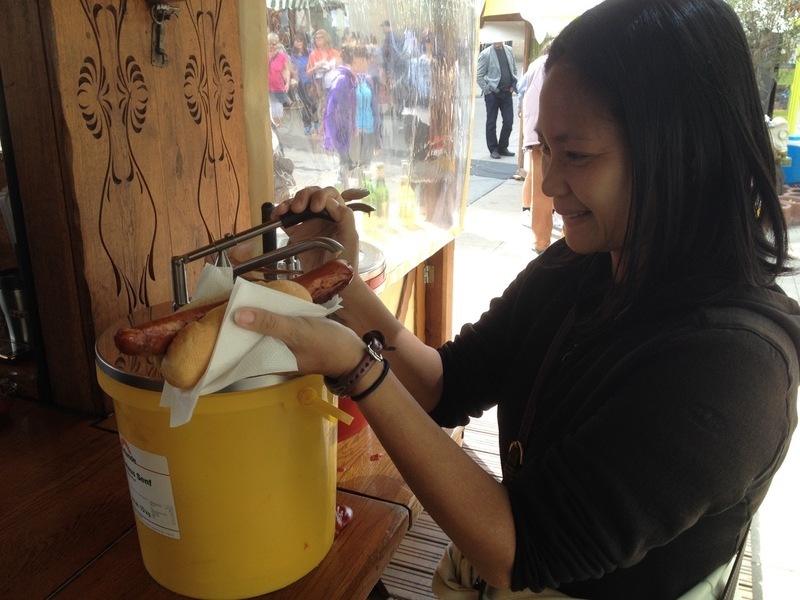 To get a better sense of the history, we decided to do a tour with Fat Tire Bike Tours.  We were really glad we did because it ended up being a highlight of our trip!  Although we revisited several sites that we had already seen, our guide, Andrew, was super energetic and passionate about the city, so he provided some really amazing insights into the history and politics, as well as giving us recommendations for other areas to check out.  The tour also stopped off for lunch at a really cute restaurant with great food, in the heart of Berlin's city park.  Jen tried the schnitzel.. conclusion: Yumm!!!! 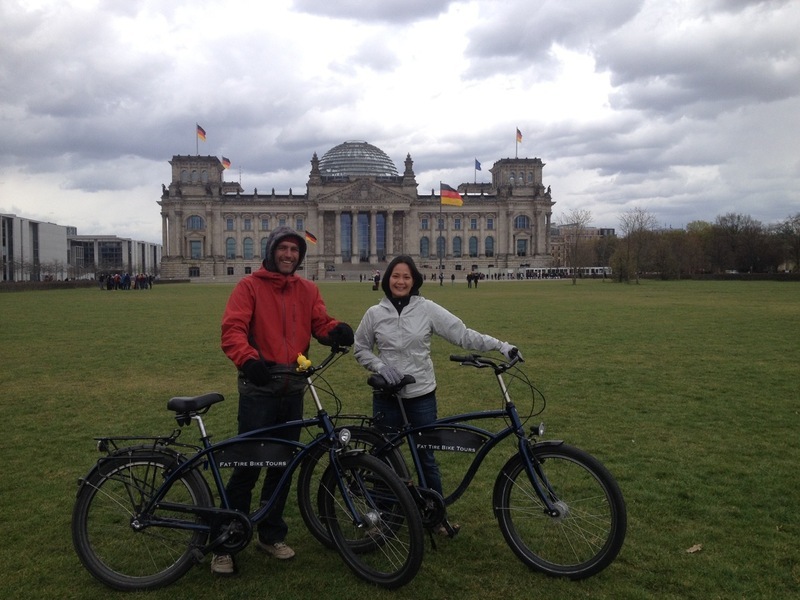 We were surprised to learn that Berlin is a relatively new city (in European terms), and that the region was all swamp-land prior to the second world war, so most of the tourist sites were built in the last century (WW2 and Communist Era). As we rode through the streets, the very light traffic and spacious sidewalks were very noticeable... it just felt so quiet compared to other major cities.
A couple of random tour facts that we found interesting:
- You can be fined if you are caught doing a nazi salut in town.
- The Allies never bombed the Reichstag government building because it served as a good reference point for bombing other key parts of the city.
- The statement in JFK’s famous speech, 'Ich bin ein berliner,' translates literally to "I am a jelly doughnut".
- As you walk through the city you notice a lot of old-looking statues/gargoyles sitting on very new-looking buildings.  This is because during the war, many of the statues and monuments were taken off of the buildings and were buried or thrown into the canal in hopes that they would survive the war.  After the bombed buildings were re-built, the original statues were placed back onto the new buildings. 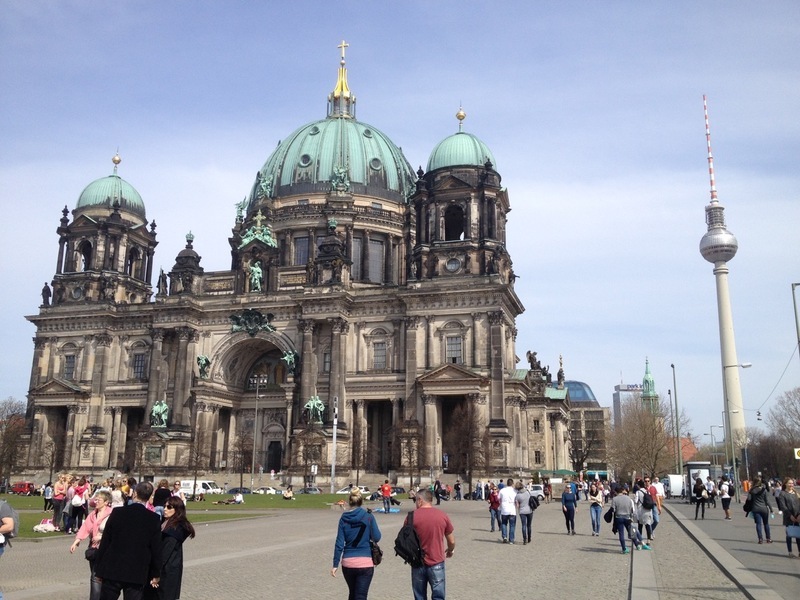 We also heard that Berlin has a great graffiti scene, so we did a bit of online research and went searching for them. 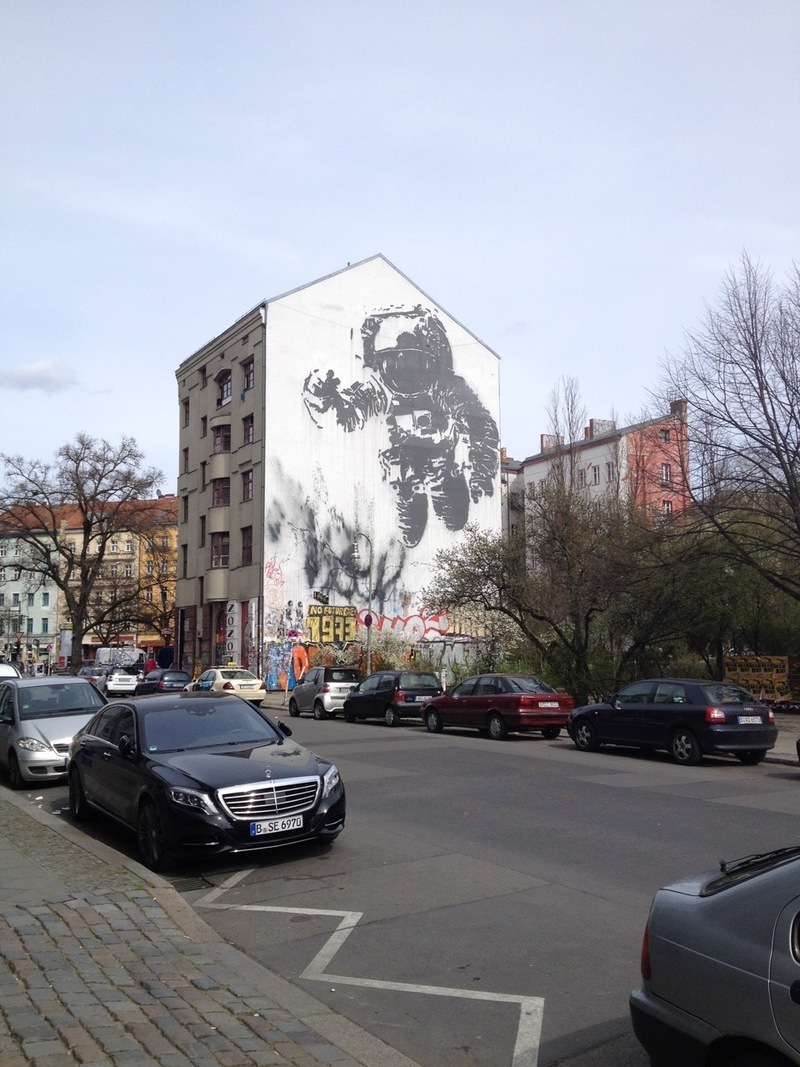 Lastly, of course, we made the obligatory visit to the infamous part of the Berlin wall :) 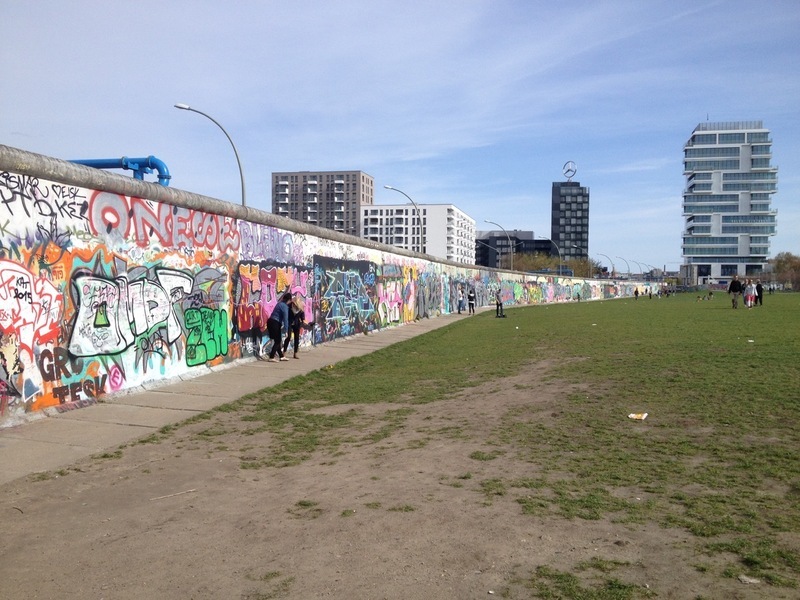