After a week of relaxing on the beach, we set off to explore the countryside. From Kalpitiya, we took a tuk-tuk and 2 local buses to get to the historical city of Anuradhapura.  We arrived late-afternoon with just enough time to take a quick stroll through town and visit the local market. 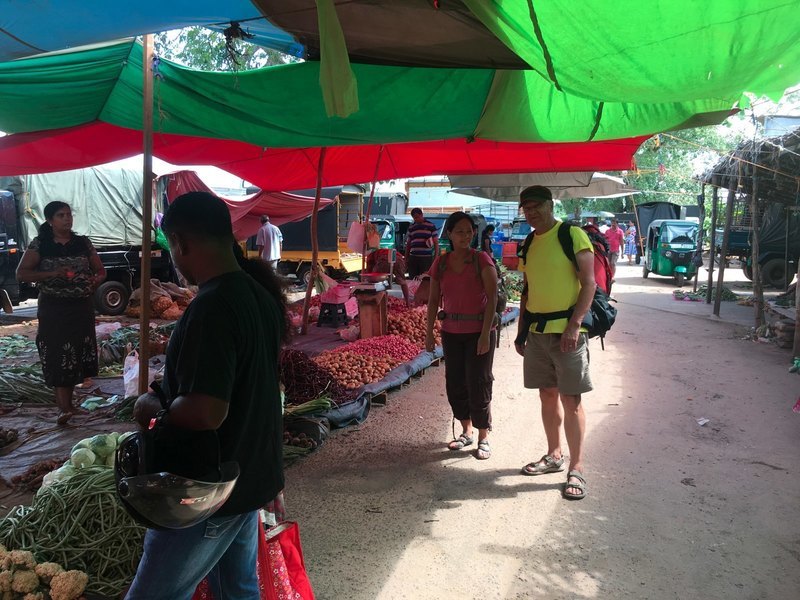 We found a really nice restaurant at the Little Paradise Tourist Guest House, with great food and a friendly owner, so we decided to book the next day's city tour through them. 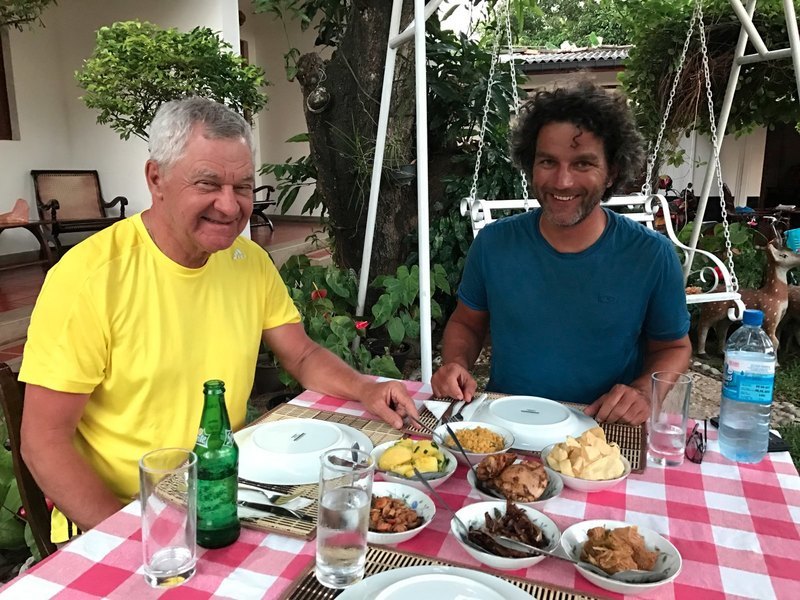 The next day, we had an early morning start in our tuk-tuk, for a full day of sightseeing.  We visited pretty much all of the temples, ruins, and stupas within the UNESCO protected city. 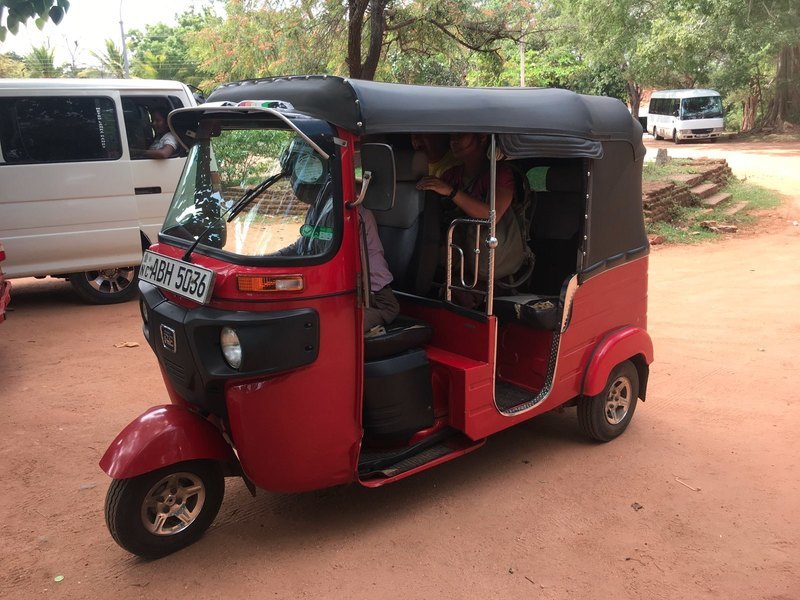 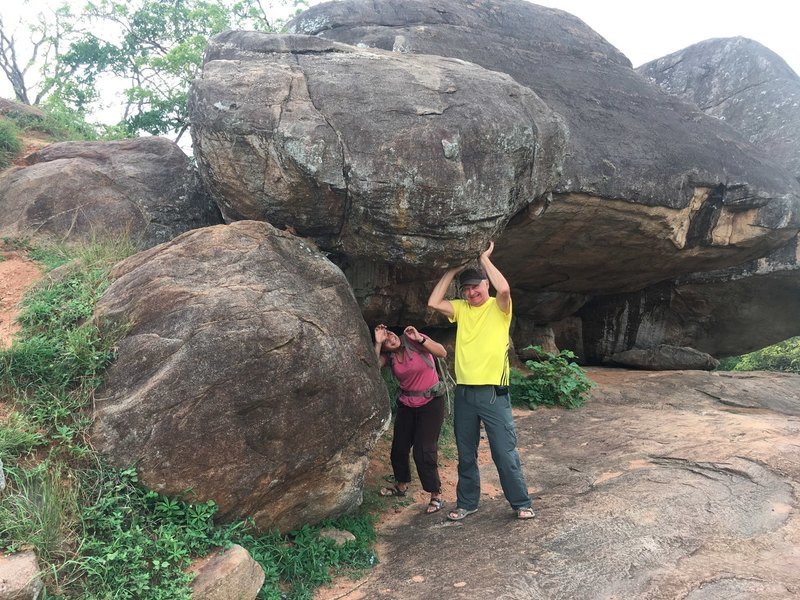 By mid-afternoon, we understood why they recommended starting so early.  It's mandatory to remove your shoes when near/within the holy areas, and the clear skies and 40+ degree heat made the stone tiles extremely hot!  Even many of the locals were wincing and prancing around the sites, seeking the tiniest patches of shade to stand on to give their burning feet a break. 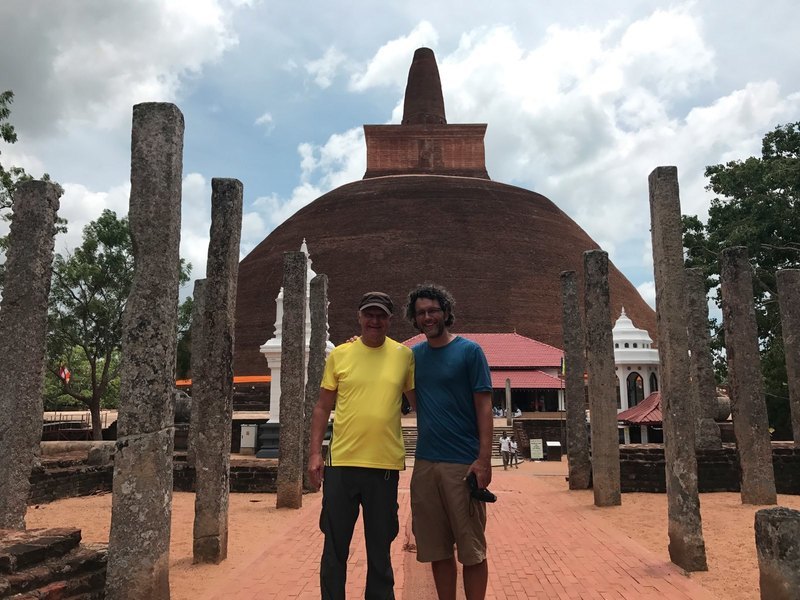 Funny story - this picture looks like Dom asked to take a picture with this Monk, but actually it was the Monk who asked if Dom would mind being in a picture with him :). 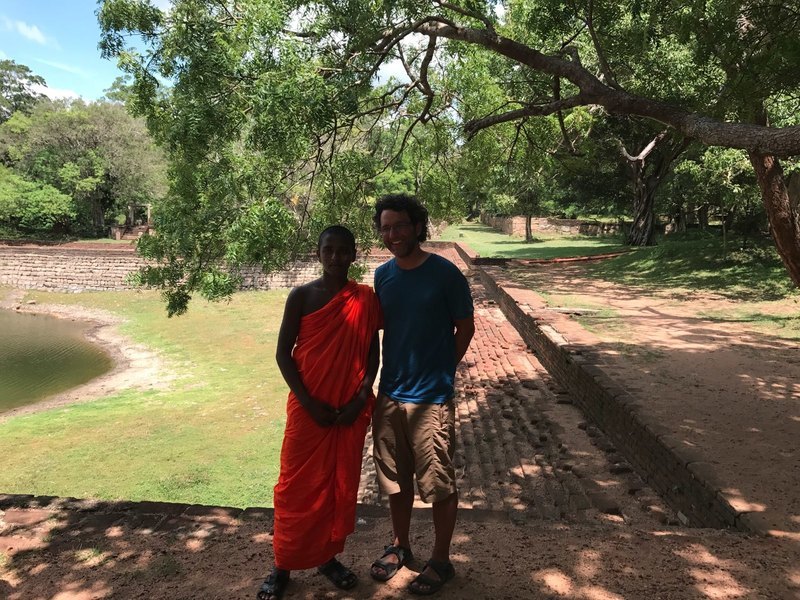